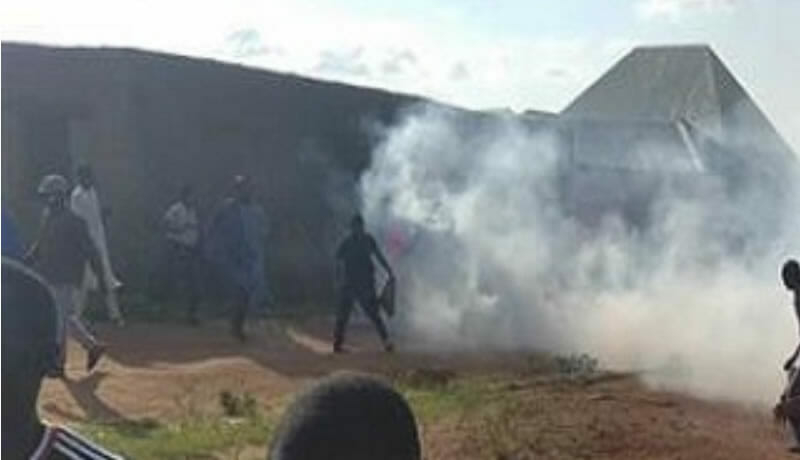 Gunmen have killed one person and set ablaze three houses, including one belonging to a widow after invading Rundele community in the Emuoha Local Government Area of Rivers State.

The attackers were said to invaded the community following the daily arrest of some of them who engaged in illegal refining activities by security agents with the aid of informants within the community.

A group of them armed with guns and other instruments were said to have gone in search of those they termed informants and reportedly unleashed mayhem in the area.

The assailants reportedly went into the residence of one Okechukwu Nwonodi, shot him thrice in the head, and fled.

Speaking with PUNCH, a widow simply identified as Uche said she and her son managed to escape, lamenting that the miscreants had been unleashing havoc in the community for almost a fortnight.

Uche, a mother of eight, said the attackers broke into her residence, fired a shot, poured a substance suspected to be petrol inside the room, and set it on fire while her 22-year-old son was inside.

She said, “I came out of my room to ease myself at about 2am. I was inside the bathroom when I saw light from a flashlight pointing to my room. I quickly dodged to see who it was. The person came with others, but they didn’t know I was in the bathroom outside. So, he started breaking my door.

“He brought out a gun and shot into my room. My son started shouting. Their leader asked him to keep quiet. They didn’t know I was in the bathroom outside hearing them.

“They now poured fuel and burnt the house. We didn’t bring out anything. All my clothes, my big phone and my son’s. His certificate, everything was burnt.

The PUNCH reported that the state spokesperson, Grace Iringe-Koko, promised to find out from the divisional police officer in Rumuji before he can comment on the incident but she had yet to do so as of the time of filing this report.