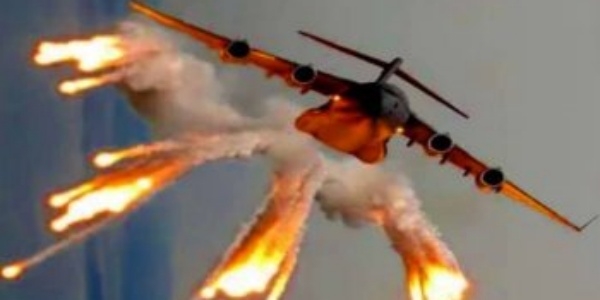 Scores of terrorists are currently on the run following offensive operation carried out by officers of the Nigerian Air Force in Kaduna and Niger States.

According to Daily Trust, credible military sources said that the terrorists are currently feeling the heat of the operation being carried out by both land and air troops.

”We in the Air Force don’t like publicising our operations when it is still ongoing so as to kill all these enemies at once, but I can authoritatively confide in you that they (terrorists) are already feeling the heat,” one of the military sources said.

”Like I always tell you, we don’t kill, we only neutralise. We have neutralised scores of these adversaries particularly in Kaduna and Niger communities through our airstrikes. Some of them who were not hit by the airstrikes are currently on the run.

”We have gotten a marching order to wipe them off because these enemies are already threatening sovereignty of this nation. We won’t relent until until we clear them or they surrender to us.

“The operation continues but I won’t tell you the communities we are carrying out the next operations so that these people won’t run away before we get there. No going back! Enough is enough!”

The spokesman of Nigerian Air Force, Edward Gabkwet, an Air Commodore, also confirmed the development in an interview with journalists in Abuja.

He said, “Over the weekend, NAF aircraft struck a terrorists gathering at Kurebe in Shiroro Local Government Area of Niger State after intelligence revealed that the terrorists had assembled for an important meeting hosted by Aminu Duniya, a Boko Haram terrorist commander.

“Aminu Duniya was said to have invited the terrorists to his enclave at Kurebe to the meeting which obviously attracted numerous terrorists who came in large numbers on their motorbikes.

“The air strike was successful and resulted in the death of many terrorists, though it remains unclear if Aminu Duniya was also neutralized in the strike.

“It should be noted that Kurebe is a known terrorists haven as the local inhabitants of Kurebe have since vacated the villages in and around the area after the terrorists drove them away in 2021.

“The activities of the terrorists continued to make life unbearable to locals in the area. So, when intelligence had revealed that the terrorists planned on overrunning a nearby village within the vicinity, the military saw that as an opportunity to surprise them.

“While Nigerian Army troops laid siege around the location, NAF aircraft were directed to the suspected location of the terrorists which was then attacked. Several terrorists were confirmed killed after the strike.”