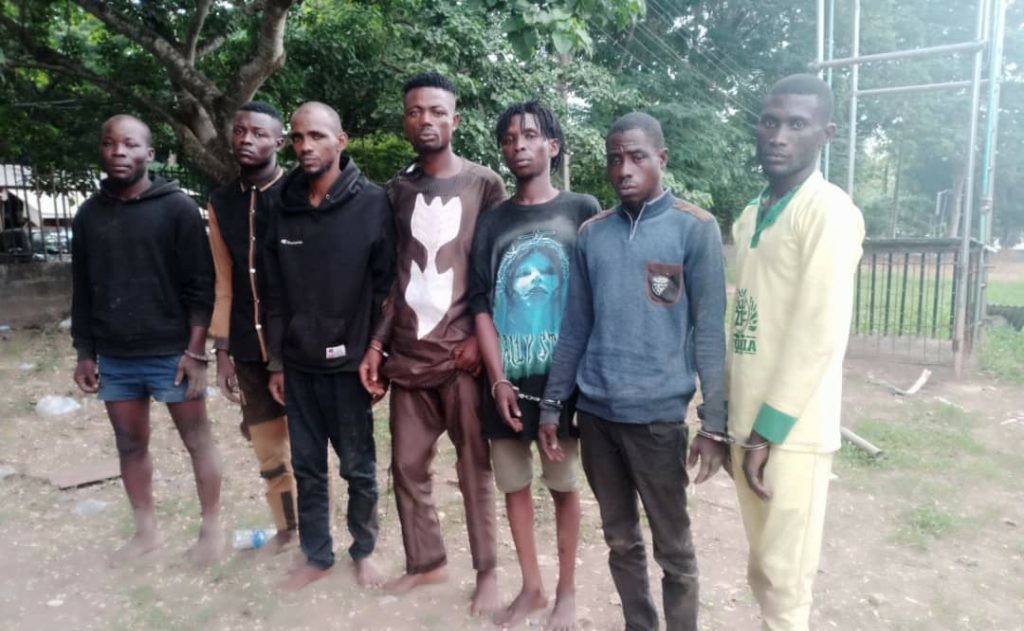 The Ogun State Amotekun Corps has arrested no fewer than “11 notorious cultists of both Aiye and Eiye Cult groups in some parts of the State” in the last two weeks.

The arrested suspects had been involved in cult clashes leading to the death of a number of persons in Sagamu, Ijebu-Ode and Ijebu-Igbo.

Amotekun Commander in Ogun, David Akinremi, in a statement on Tuesday, said the men were also involved in robbery activities, while dealing with illicit drugs (like tramadol, SK, Loud, Ice, e.t.c), including weeds suspected to be Indian hemp.

Akinremi said: “It will be recalled that our major towns have in recent times witnessed all forms of cult-related killings, gangsterism and disturbance of public peace.

“These criminal elements perpetrating the dastardly acts in the name of supremacy war has caused so much apprehension to the peace-loving residents of the State with Abeokuta metropolis, Sagamu, Ijebu-Ode, Ijebu-Igbo being the most affected.

“However, the Amotekun Corps is taking the war to their doorsteps with a view to checkmating activities of these criminal elements.”