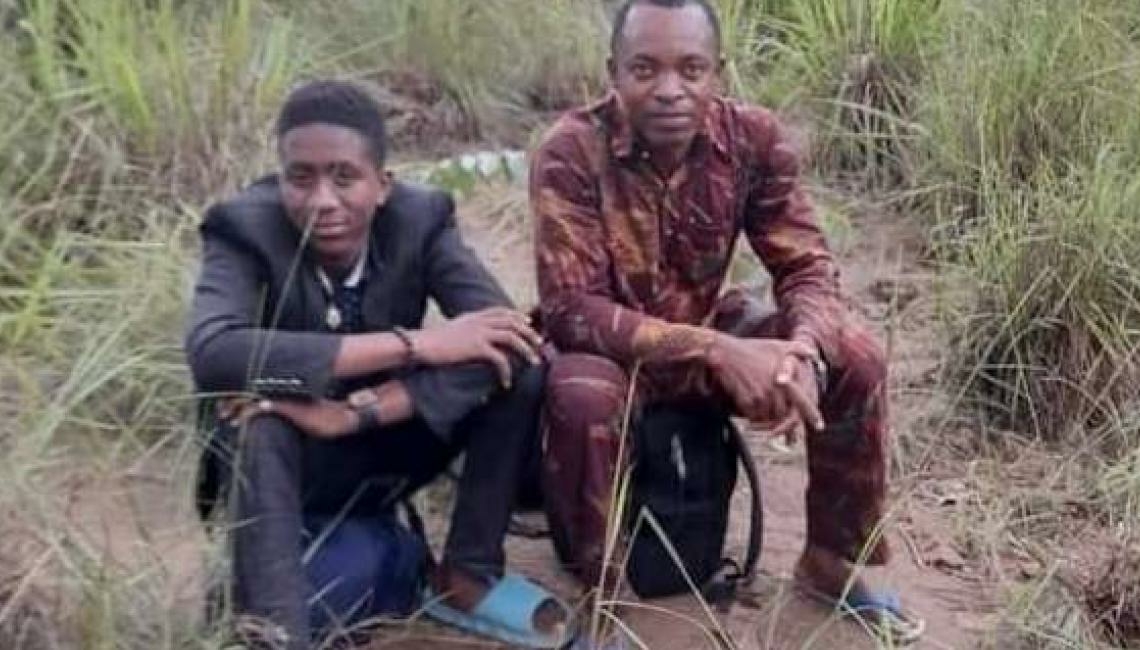 Rev. Father Chinedu Nwadike, a priest of the Catholic Church, and a seminarian who were abducted on Friday along the Okigwe-Enugu Road in Abia State have been released.

Father Nwadike, a priest of the Congregation of the Holy Spirit (CSSP) and the current deputy registrar of Spiritan University Nneochi (SUN), was kidnapped on Friday at Nneochi axis together with a seminarian as they were leaving the campus on their way to Enugu.

The release was not without price, according to Abuchi Anueyiagu, a relative of the priest who announced their liberation on Monday night by posting a photo of them on his Facebook page.

Sir Anueyiagu wrote, “Do kindly rejoice with us, Rev Fr Dr Chinedu Nwadike, Cssp, has eventually regained freedom. He and the seminarian, Emmanuel, were released Sunday evening unhurt to the glory of God. We express our grateful appreciation for your prayers. May God bless you.

“Pix shows the priest (right) and the seminarian when they were released to go home, though not without payment of a ransom anyway before they were freed.”

The gunmen had shortly after their abduction demanded a ransom payment of N50 million before they could be freed.

SaharaReporters had reported that the outgoing Prelate, Methodist Church of Nigeria, His Eminence, Samuel Kanu-Uche, was kidnapped alongside two others in same location.

He was subsequently released after a N100million ransom was paid. He had accused soldiers of the Nigerian Army of colluding with the kidnappers.

There have been countless kidnapping cases along the location, which is not far from a military checkpoint.

The Commander, Police Special Tactical Squad (STF) Abia State, had also accused the military personnel of being involved in the kidnapping ring.

SaharaReporters’ efforts to speak with the Abia State Police Public Relations Officer, SP Geoffrey Ogbonna were not successful as he didn’t pick his calls.