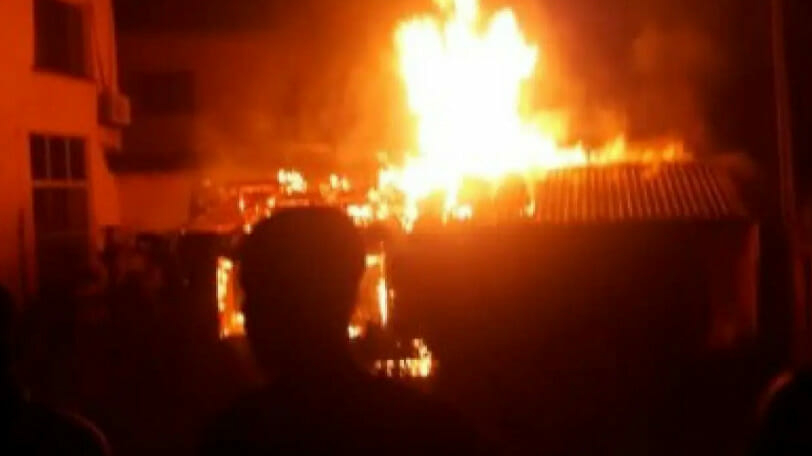 Firefighters in a trending video clip on social media are seen struggling to quench the fire.

He said the fire had been put out through combined efforts by Federal and Lagos State fire services.

“The fire incident happened at a shopping centre but it has been handled by Federal and state fire services,” Farinloye said.

On the possible cause for the incident, the NEMA Lagos Coordinator said an investigation was ongoing and the report would be made available upon completion.