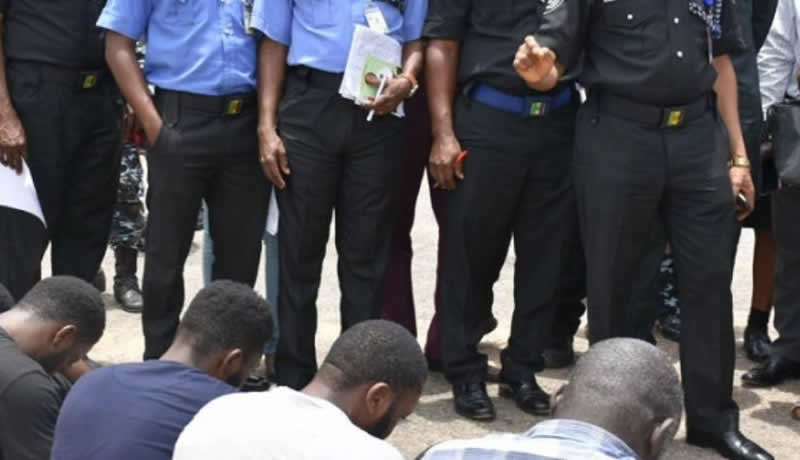 The Police in Katsina State have detained two suspects who are suspected of extorting N5 million from the residents of Yar-Katsina village to enable the deployment of security personnel to the area to reduce insecurity.

The statement further explained that the arrest of the suspects followed complaints from community members against the activities of the principal suspect, Lawali Musa.

The PPRO said the police investigation revealed that the principal suspect has confessed to collecting the sum of N5 million from the community to assist them in having security agencies deployed to their community.

“The second suspect, Jamilu Isah, confessed that the sum of 800,000 out of the N5 million collected was deposited into his account,” the statement stated.

He assured that the suspects would be charged to court after full investigation is made, assuring that the deployment of security operatives to villages and communities is purely free of charge by the police authority.

The statement enjoined the people of the state to report any person or group demanding money from them to secure the deployment of security operatives to their areas, saying that the act is contrary to rules guiding the police.