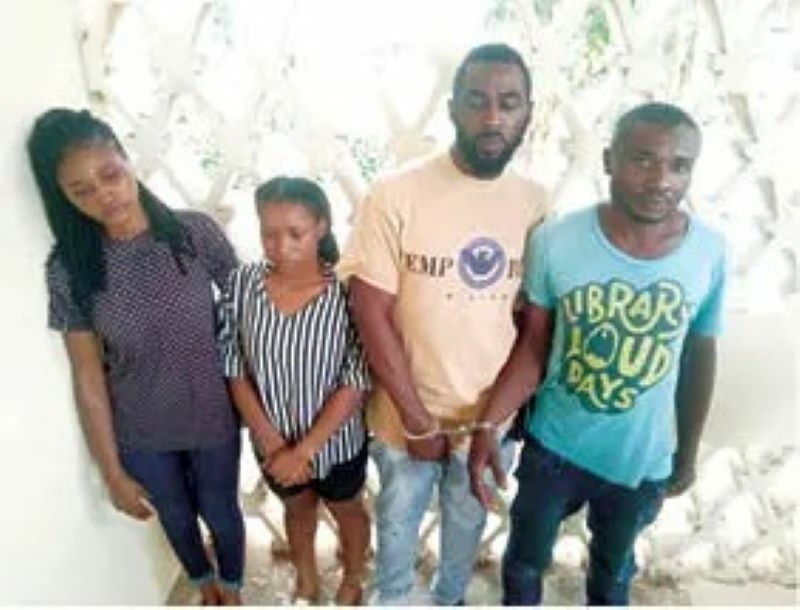 The state police spokesman DSP Ikenga Tochukwu, who disclosed this in a statement said preliminary investigation revealed that the suspects used the social media to lure their unsuspecting male victims into fake love/friendship affairs.

Ikenga stated that after luring their victims into the room Obianuju Nduba engaged the victim in a foreplay and other members of the gang forced themselves into the room.

He said they took nude pictures/videos of the victims, which they used to force the victims into transferring huge sums of money to them.

“They will threaten the victims of publishing the same on social media if the victims fail to comply and also dispossess the individual of his personal belongings”.

“The case shall be charged to court once investigations are concluded” he said.