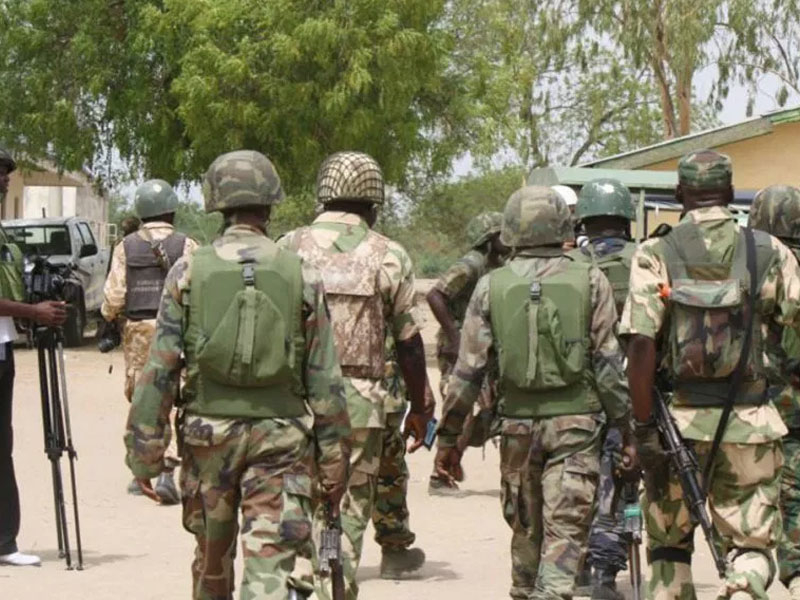 The Nigerian Army has approved the disengagement of a Warrant Officer and 242 others in various formations across the country.

The soldiers are expected to proceed on terminal leave With effect from January 15, 2023.

They are expected to be finally disengaged from the service from February 15, 2023.

Our correspondent gathered most of the soldiers resigned based on health grounds , while others voluntarily resigned for service.

In a leaked memo dated August 15, 2022  the concerned soldiers were instructed to proceed for documentation on October 15, 2022  as well as submit their kits and  arms and ammunitions.

The memo was titled, “FIRST AND SECOND QUARTERS 2022

It partly read, “In compliance with the provisions of Reference A, the COAS vide

Reference B has approved the voluntary discharge of the above named WO and 242 others at Annex A.

“The soldiers are to proceed on terminal leave with effect from  January 15, 23 while their disengagement date takes effect from  Feb 15 23 in accordance with the NA Administrative Policy and Procedures No 27 Paragraphs 3 and 4.

“Accordingly, I am directed to please request you relay to their units to release the affected soldiers to report HQCAR with their unit service documents for documentation NLT 15 Oct 22 with a current photograph, and ensure that:

All forms of military controlled items, arms, ammunition and items of combat kits are recovered from them prior to their disengagement date and certify that they are properly de-kitted.”

When contacted, the Army spokesperson, Brig Gen Onyema Nwachukwu confirmed that their disengagement were approved by the Chief of Army Staff.

He said the soldiers were being discharged on health grounds.

Onyema said, “The soldiers applied for it and the COAS approved it. We call it discharge, some soldiers applied for it due to medical issues and that they were no longer fit to continue with the job. If someone said he’s not fit to continue with the job will you force him to continue? Others are voluntarily. The Army is not a conscripting service. Outrageous meanings should not be attached to it .”

This is, however, nor the first time soldiers would be disengaged from the Army.

In 2022, the House of Representatives Committee on Army revealed that 386 soldiers voluntarily disengaged from the army due to medical and other reasons in the second quarter of 2020.