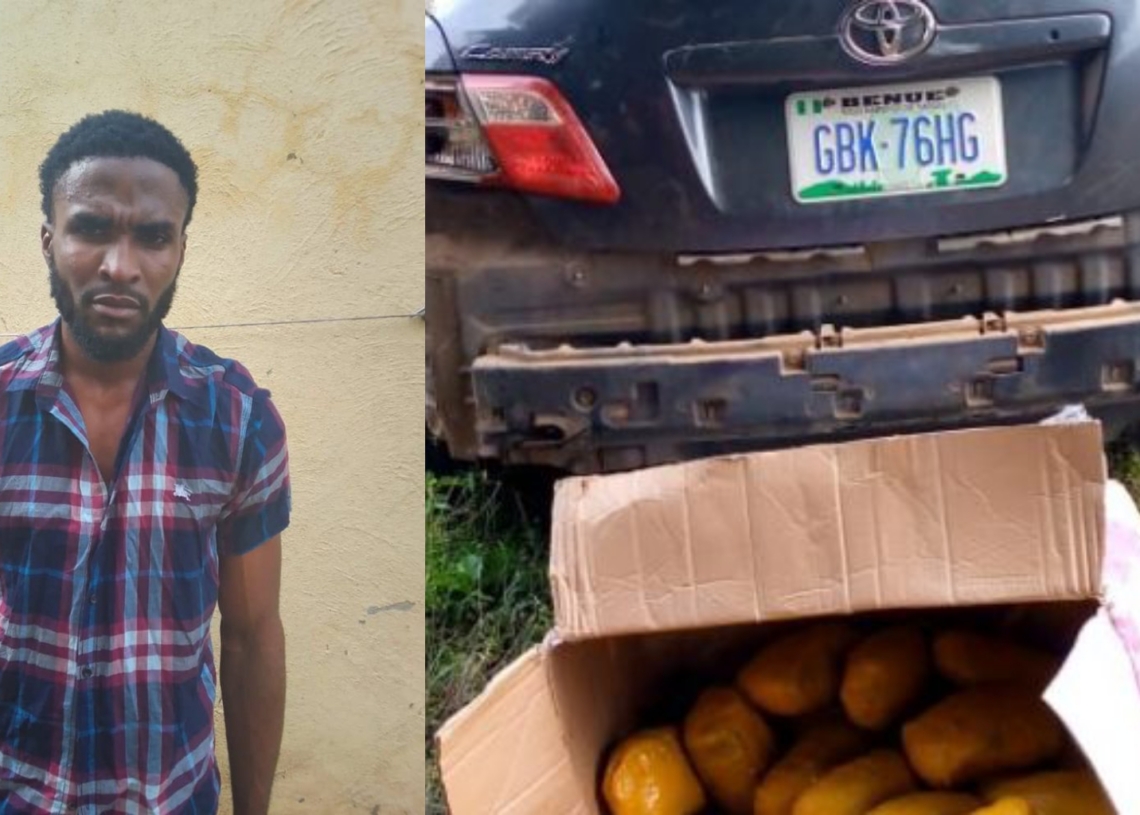 Operatives of the Nigeria Police Force (NPF) have arrested a suspect, Fabian Udoka Ukeugbona, with suspected stolen car and a commercial amount of clinically packaged dried leaves suspected to be Cannabis Sativa in the Federal Capital Territory.

The spokesperson, FCT Police Command, DSP Josephine Adeh, in a statement on Friday said: “at about 2pm on August 17, the attention of the command’s tactical asset on a routine stop and search at Gida Mangoro was drawn to the abandonment of a Toyota Camry with Reg. No. GBK 76 HG few meters from their duty point upon sighting the men.

“With the receipt of this information, surveillance of the area commenced in a concerted effort with the local vigilantes.

“The suspect, ignorant of the deployed measure soon snuck back into the car and zoomed off. The already alerted operatives gave a hot chase leading to the abandonment of the vehicle which was recovered alongside the suspected prohibited substance while the suspect managed to flee.

“The relentless pursuit of the fleeing suspect yielded results as one Fabian Udoka Ukeugbona, a 22 years old male was arrested yesterday 18th of August 2022 at about 5:30 pm.

“The suspect in a voluntary statement admitted to committing the crime stating that he had been into the criminal enterprise for over 3 years. The suspect and prohibited substance will be handed over to the Nigeria Drug Law Enforcement Agency (NDLEA) for further action while investigation continues for more ground breaking facts.”