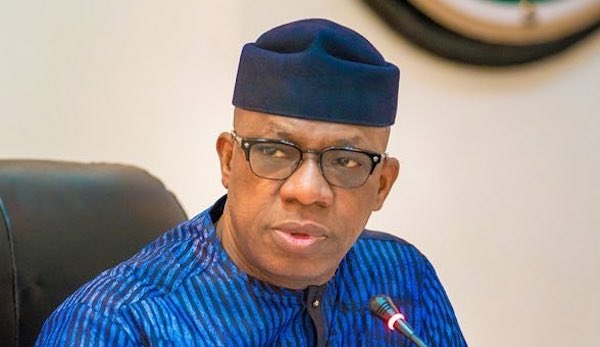 Governor of Ogun State, Dapo Abiodun has dismissed a media report that he ordered the arrest and detention of a blogger, Ahmed Olamilekan, over a purported publication against his person.

Recall that Olamilekan’s lawyer had earlier stated that his client had spent 100 days in the custody of the Correctional Service, at the behest of the governor.

Reacting, the Chief Press Secretary to the Governor, Kunle Somorin, claimed that the arrest and detention of the blogger had nothing to do with his boss.

However, it was learnt that the blogger was arrested by officials of the Department of State Service in the state following the report on the arrest of the governor abroad.

The blogger was reportedly arrested and detained by the DSS for the publication which accused Abiodun of committing fraud abroad.

But, Somorin, in his statement, said, “Governor Abiodun holds human rights and the rule of law in high esteem, adding the governor would not at any time act above the law.

“The matter is already before the court of law, pointing out that the governor who has a strong belief in the concept of separation of power, will never hinder or influence the judiciary process.

“We urge the people to dismiss the allegation of the blogger’s lawyer as reported in the national newspaper.

“It is strictly a matter among the defendant, security agencies and the court.”