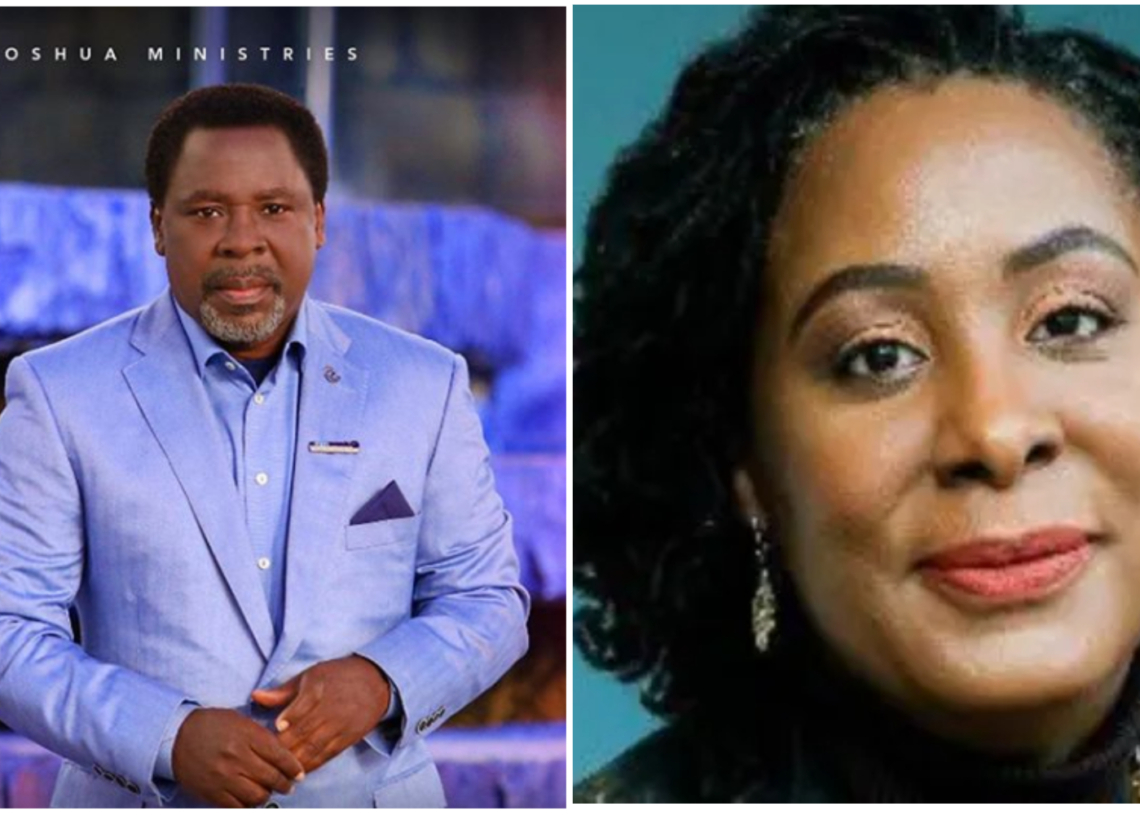 Uju Anya, a Nigerian-born American academic who made headlines for her controversial comments about the late Queen Elizabeth, also tweeted about Prophet TB Joshua, the founder of the Synagogue of All Nations.

Joshua died on June 5, 2021, after an Emmanuel TV partners’ meeting in Lagos. He was well known for performing exorcisms and was frequently called upon to provide healing and deliverance.

However, Anya tweeted on June 6, 2021, a day after his death, calling Joshua a “charlatan” who deceived people to get into their wallets.

She wrote, “Celebrating the well deserved death of lying thieving charlatan TB Joshua, who cheated💰millions💰out of people in their most desperate days with fake prophecies and cruel promises of miracles and cures for diseases from which he couldn’t even save his sorry self. Rot in pi**.”

Why University of Nigeria, Nsukka should be renamed after Queen Elizabeth – Adamu Garba 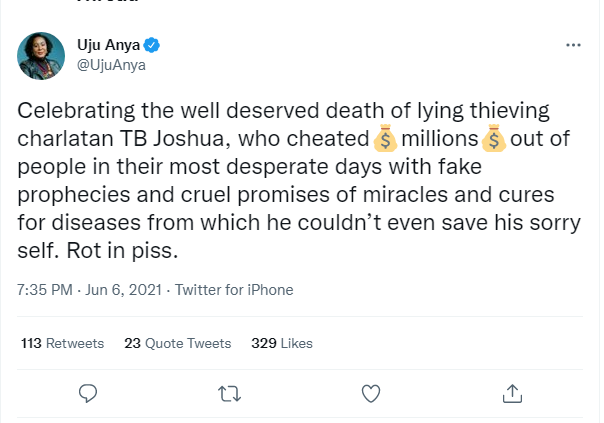 Many people, including his closest mentees, were shocked to learn of Joshua’s passing. The clergyman died in his sleep.

Commenting further on Joshua, Anya said he was a “monster” and she had no obligation to Joshua’s family to treat him with respect.

“For those coming with ‘don’t speak ill of the dead’ business, know where I stand on your tone policing nonsense. I don’t owe the family or people who loved TB Joshua my respect or silence about all the harm he caused. Just because they’re mourning a monster doesn’t mean I should,” she said.

Anya, an associate professor at Carnegie Mellon University in the US, drew attention to her July 2020 tweet.

It reads, “I speak ill of the dead. If you made life choices that harmed people and caused destruction, I’ll praise your death. I don’t care if your family or people you didn’t choose to wound loved you and are sad you’re gone. I will dance on your grave singing ding dong the witch is dead.”