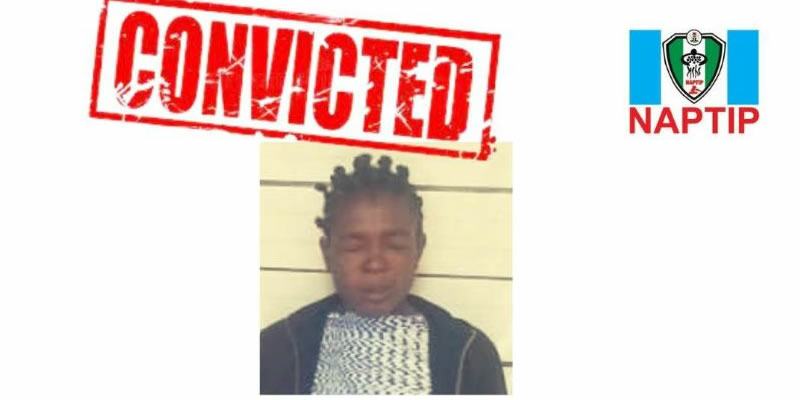 41-year-old woman, Mabel Isabo, has been sentenced to one year imprisonment for attempted trafficking of a teenage girl to Libya.

Justice Jamilu Suleiman of the High court sitting in Kano State gave the judgement on Tuesday.

The National Agency for the Prohibition of Trafficking in Persons (NAPTIP) disclosed this in a statement on Thursday, September 15, 2022.

the statement read, “A High court sitting in Kano State and presided over by Justice Jamilu Suleiman on 13th September, 2022, sentenced MABEL ISABO, a 41-years old, female of Liberal Street, Edo State in connivance with one Monica (now at large) to 1-year imprisonment without the option of a fine for attempting to procure the illegal entry of a 19 years old female of Iyabuwa, Edo State to go from Nigeria to Libya via Niger republic, an offense contrary to Section 26(1) of the Trafficking in Persons (Prohibition) Enforcement and Administration Act (TIPPEA) 2015.” 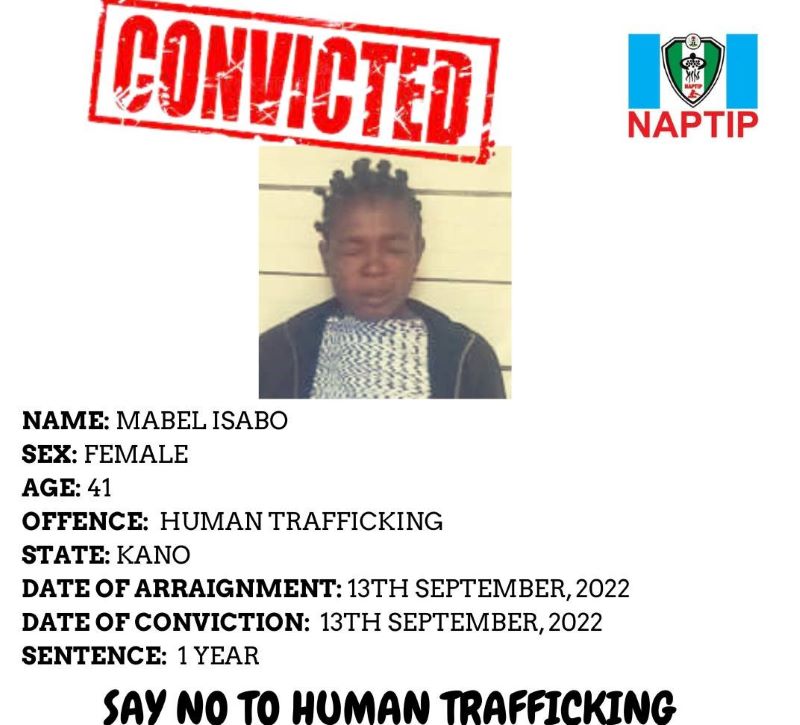