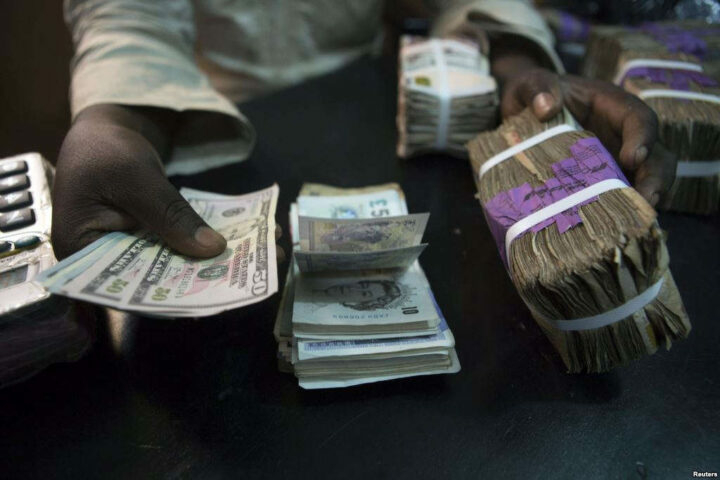 The Nigerian currency on Tuesday appreciated marginally against the dollar at the Investors and Exporters window.

According to FMDQ Securities, the exchange rate between the Naira and the dollar at the close of business was N436.25 to the dollar, an increase of 0.06 percent from the rate of N436.50 on Monday.

The open indicative rate closed at N435.07 to the dollar on Tuesday.

An exchange rate of N437 to the dollar was the highest rate recorded within the day’s trading before it settled at N436.25.

Naira appreciation comes amid a massive jump in dollar supply to a total of 141.51 million dollars compared to the $41.02 million made available on Tuesday.

The Naira experienced growth on the black market as well, closing at N705 to $1 as opposed to N707/$1 the previous day.

Meanwhile, officials of the Department of State Services, in conjunction with the Central Bank of Nigeria (CBN) and the Nigerian Security and Civil Defense Corps, have arrested 14 persons, including a lady, over the alleged illegal sale of new naira notes in Kano.

The State Commandant of the NSCDC, Adamu Zakari, disclosed this while parading the suspects at the NSCDC State Headquarters in Kano Tuesday evening.

He said the suspects were apprehended during a joint operation in the metropolis as part of efforts to check the illegal act, which contravened the CBN Act.

“The clamp down on the new naira vendors and sellers is hinged on the CBN Act, Section 20 to counterfeit, hawk, sell or otherwise trade the naira notes, coins or any other note issued by the bank,” he said.