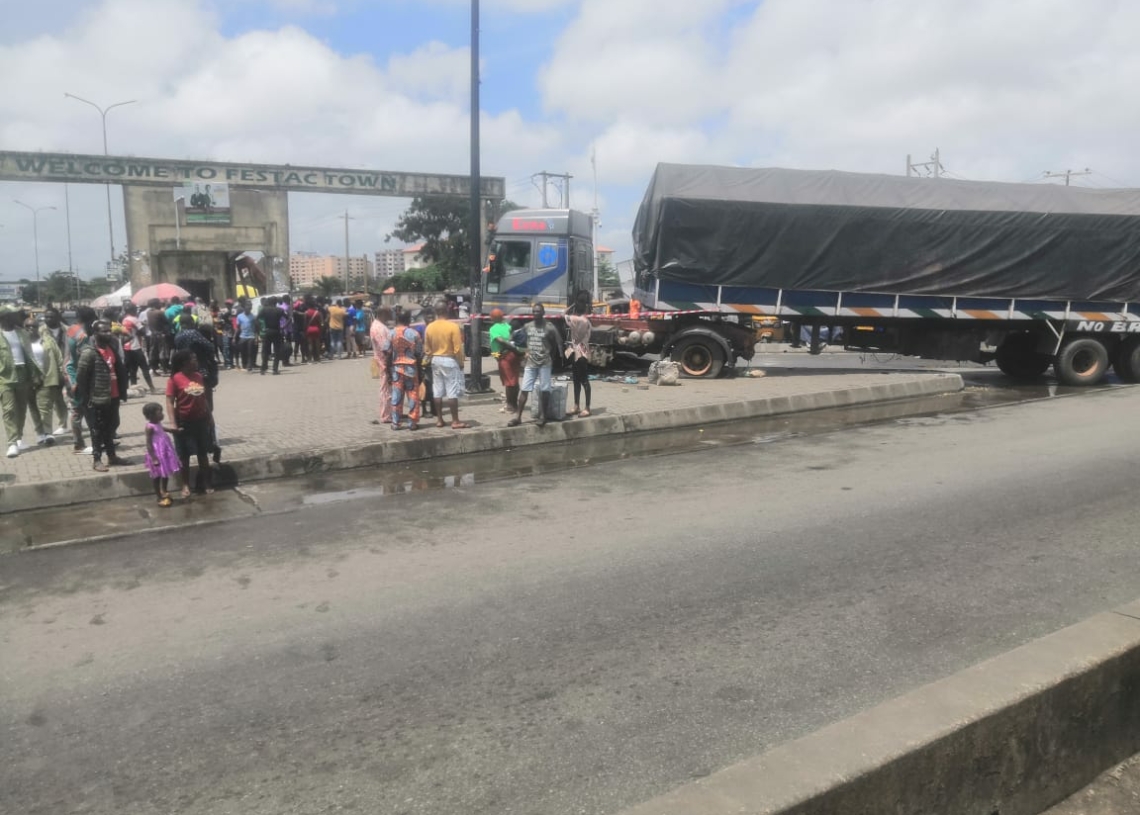 A truck crushed a female beggar to death at First Gate bus-stop along the Lagos-Badagry Expressway on Thursday.

It was gathered that the truck veered off the road and climbed the curb, where the beggar was sitting.

According to PUNCH, a trader, whose business is close to the scene of the accident, Martins Zenab, said some transport workers, who wanted to collect money from the truck driver made him veer off the road.

Zenab said, “The incident happened about 10 minutes to 12. The ‘agberos’ collecting trailer money were harassing the driver for money when he swerved and went to crush the woman, a beggar who used to sit on the curb.”

He added that the truck has been evacuated into the compound of the Lagos State Traffic Management Agency while the body of the woman has been moved too.