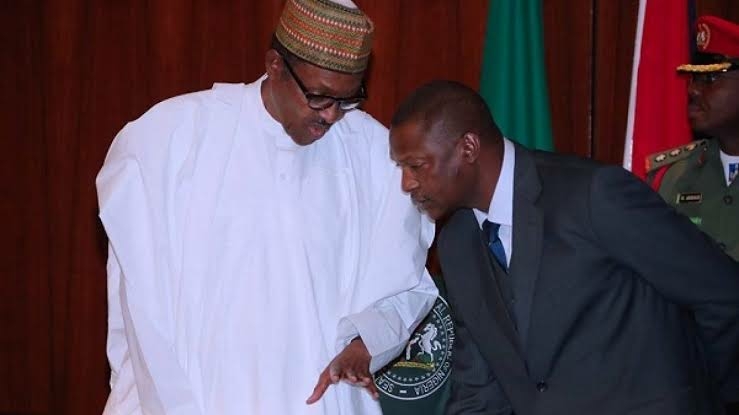 The Socio-Economic Rights and Accountability Project has filed a lawsuit against President Muhammadu Buhari over “the failure to publish copy and details of the agreement the Federal Government recently signed with the United States for the repatriation of $23 million stolen by the former Head of State, Sani Abacha.

Attorney General of the Federation and Minister of Justice, Abubakar Malami, was joined in the suit as a respondent.

The agreement signed in August 2022 came after the $311 million Abacha loot was returned by America in 2020.

In suit FHC/ABJ/CS/1700/2022 filed at the Federal High Court, Abuja, SERAP asked the court to direct the President and Malami to make the details of the contractual agreement with the US public.

The rights group wants to know the mechanisms put in place to ensure that the repatriated funds are not mismanaged, diverted or re-stolen.

According to SERAP, “the repatriated $23 million Abacha loot is vulnerable to corruption and mismanagement. Substantial part of the estimated $5 billion returned Abacha loot since 1999 may have been mismanaged, diverted, or re-stolen, and in any case remain unaccounted for.”

The suit filed by its lawyers, Kolawole Oluwadare and Atinuke Adejuyigbe, read partly, “The Nigerian Constitution, Freedom of Information Act, and the country’s international obligations rest on the principle that citizens should have access to information regarding their government’s activities.”

“The Federal Government has a responsibility to ensure transparency and accountability in how any repatriated stolen funds are spent, to reduce vulnerability to corruption and mismanagement.

“It is in the public interest, and the interest of justice to grant this application. Nigerians are entitled to their constitutionally and internationally recognized human right to information.

“The Freedom of Information Act, Section 39 of the Nigerian Constitution, article 9 of the African Charter on Human and Peoples’ Rights and article 19 of the International Covenant on Civil and Political Rights guarantee to everyone the right to information, including to a copy of the agreement on the repatriated $23 million Abacha loot.”

No date has been fixed for the hearing of the suit which was instituted on Friday.