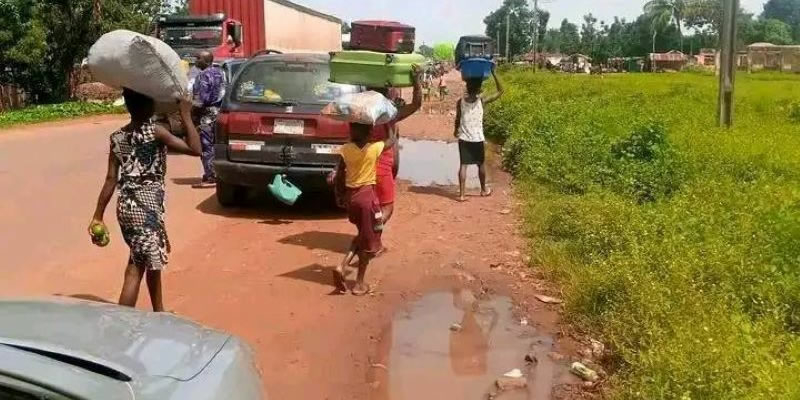 It was gathered that about five of the farmers were killed on Saturday night, October 8, while two others were murdered in the early hours of Sunday, October 9, 2022.

The victims are; Uwuhe Tarza, Madam Samuel Aor, Philomina , Boyi Udekor, Henen Samuel, Suega Oter, and another yet to be identified.

An indigene of the community identified as Ulanka Moses said his three brothers and stepmother were among the farmers killed during the attack on Saturday. 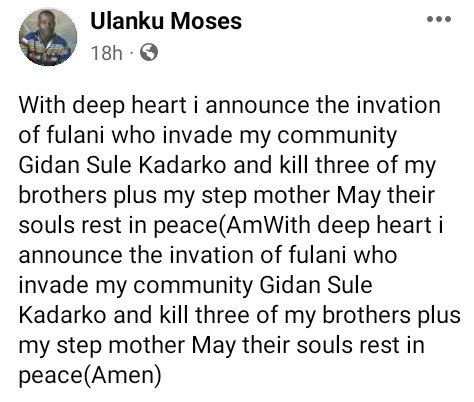 Over 1,000 persons were also displaced during the invasion and are taking refuge at Kadarko main town, Giza towns and other places within Keana LGA.

According to The Nation report, the attack is a reprisal as it was gathered last Thursday, some herdsmen from Nasarawa attacked some Tiv farmers in Yelwater community of Guma LGA of Benue State and the Tiv farmers trailed them to Gidan Sule area in Nasarawa Stat

It was also gathered that last Saturday, an herdsman and his wife were killed while riding on a bike within the Kardoroko axis by Tiv farmers of Gidan Sule.

The incident forced the herdsmen to launch a reprisal attack against the Tiv farmers in Gidan Sule.

President of TIDA, Comrade Peter Ahemba confirmed the development to The Nation, appealed to the Tiv farmers to remain calm as he has already reported the matter to Governor Abdullahi Sule who is taking actions towards restoring peace in the area.