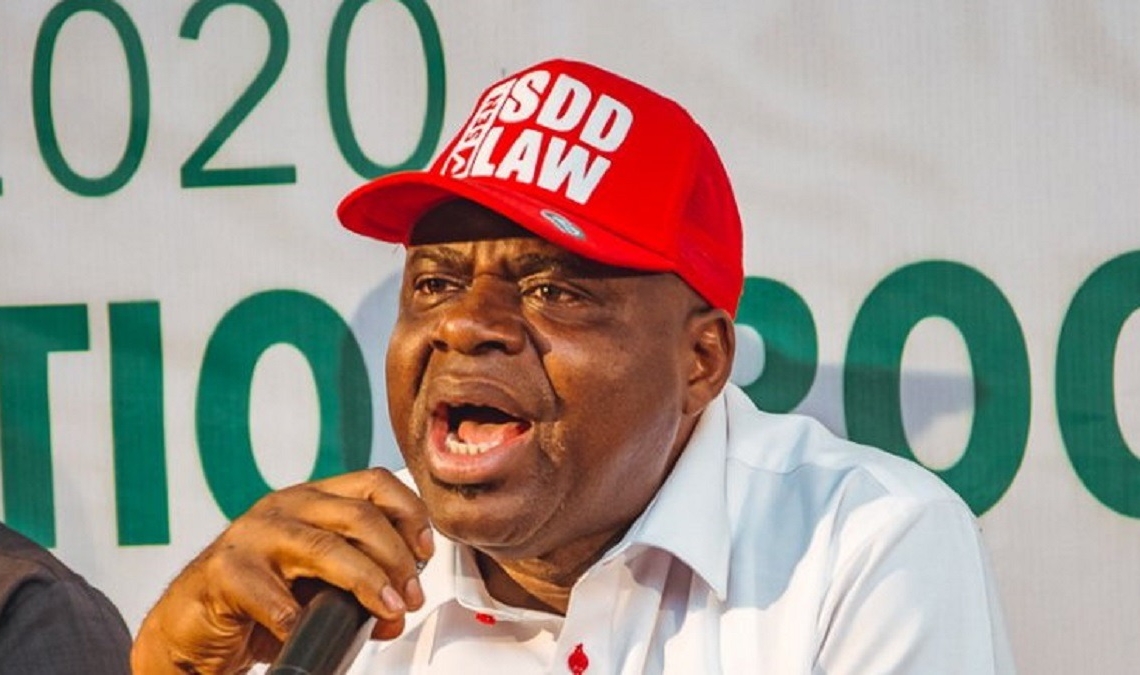 Governor Douye Diri of Bayelsa State has said the state seat of government in Yenogoa is now being threatened by the flooding that’s wrecking havoc across the country.

The governor made this known on Sunday during an emergency security council meeting at the government house in Yenagoa.

The governor said the essence of the meeting was to brainstorm with heads of various security agencies to assess the situation holistically and seek ways to mitigate the impact of the natural disaster.

He urged the federal government to declare a national emergency on the rampaging flood that had devastated lives and property in the state and others in the country.

He also lamented the magnitude of this year’s flooding, which he noted had surpassed that of 2012.

He said:”As we speak, the Academic Staff Union of Universities (ASUU) has called off its strike. But as universities are opening, our own state university cannot open because the only road linking the university has been broken into three parts.

“The only road that links Opokuma and Sabagreia in Kolokuma/Opokuma Local Government Area and the only one also connecting Sagbama to Ekeremor that is still under construction have been broken. There is hunger and palpable tension in the state.”

Speaking at the end of the meeting, the Commissioner of Police, Bayelsa State Command, Mr Ben Okolo, said the council resolved that all security agencies be co-opted into the state flood committee to ensure that the relief materials get to the victims