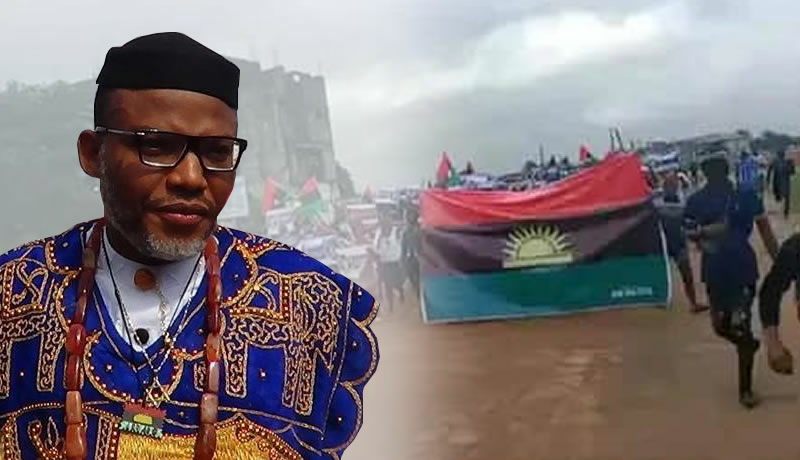 There is ongoing protest in Aba Abia State over the alleged illegal detention of Mazi Nnamdi Kanu by Federal government.

This is happening despite the Appeal Court Abuja and Federal High Court Umuahia order discharging and acquitting the secessionist leader.

However, on Friday morning the IPOB members came out in their thousands in Aba, Abia State carrying banners with the image of their leader printed on it, demanding the unconditional release of their detained leader. 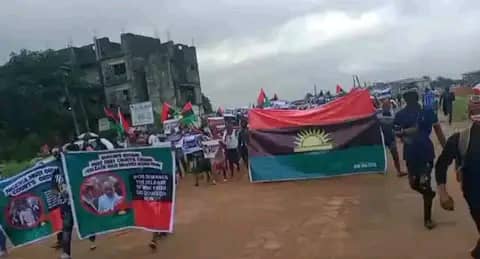 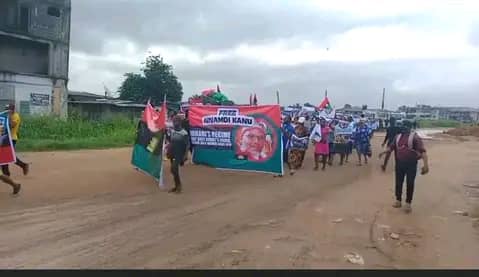 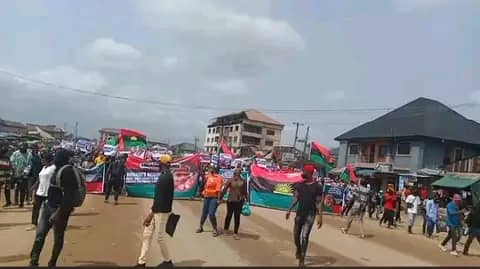 An eye witness reports that these IPOB were chanting songs of solidarity, going round the streets of the town asking for the unconditional release of their leader.