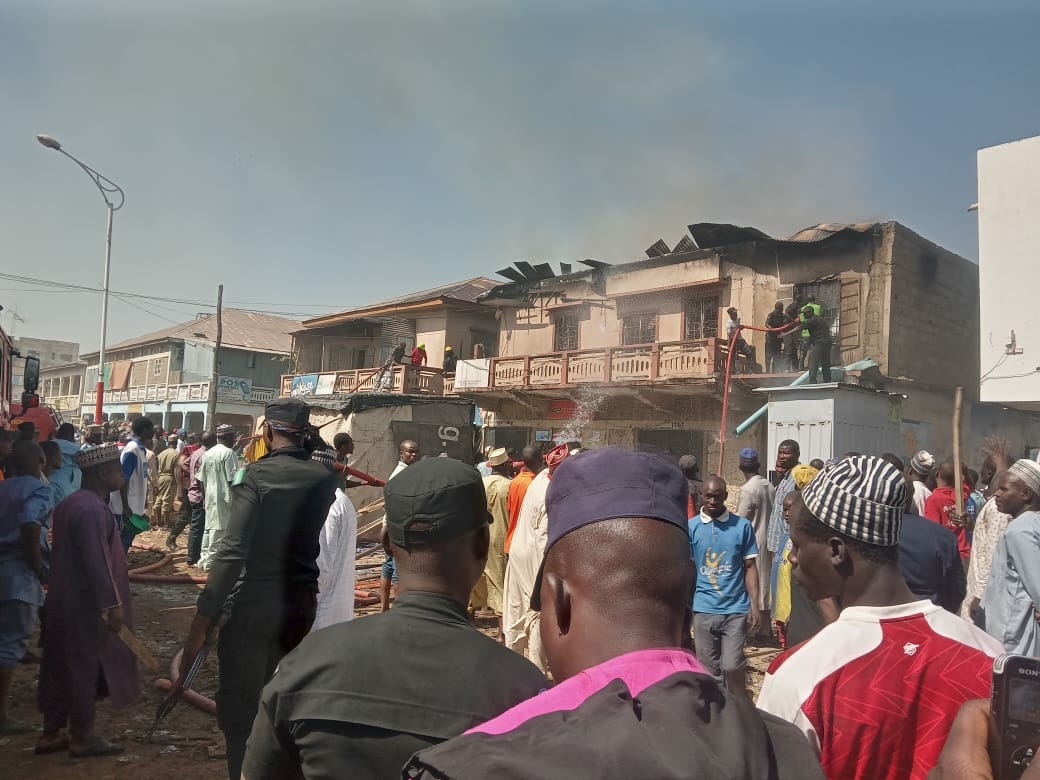 A section of popular Singer market in Kano state was engulfed by fire on Tuesday morning.

Fire suddenly broke out at a store where biscuits and sweets were kept in the market, which is one of the busiest in the state.

Men of the state fire service are already at the scene and working towards quelling the fire.

Singer market is basically for wholesale and retail trading of confectionery, flours, packed food items like pasta as well as soft drinks among others.

Muhammad Abdullahi, an employee of the company, said the cause of the incident is unknown but electrical surge was suspected.

“It is the biggest store of the company, they store largely Chewing gum, sweets, milk and other things. We cannot say what caused the fire, maybe electrical. I was called this morning that fire has caught our shop, that’s how I hurriedly came and saw what’s happening.

“I cannot quantify the loss, honestly, it’s going to be millions because even yesterday they uploaded goods worth millions.”

Below are pictures from the scene: 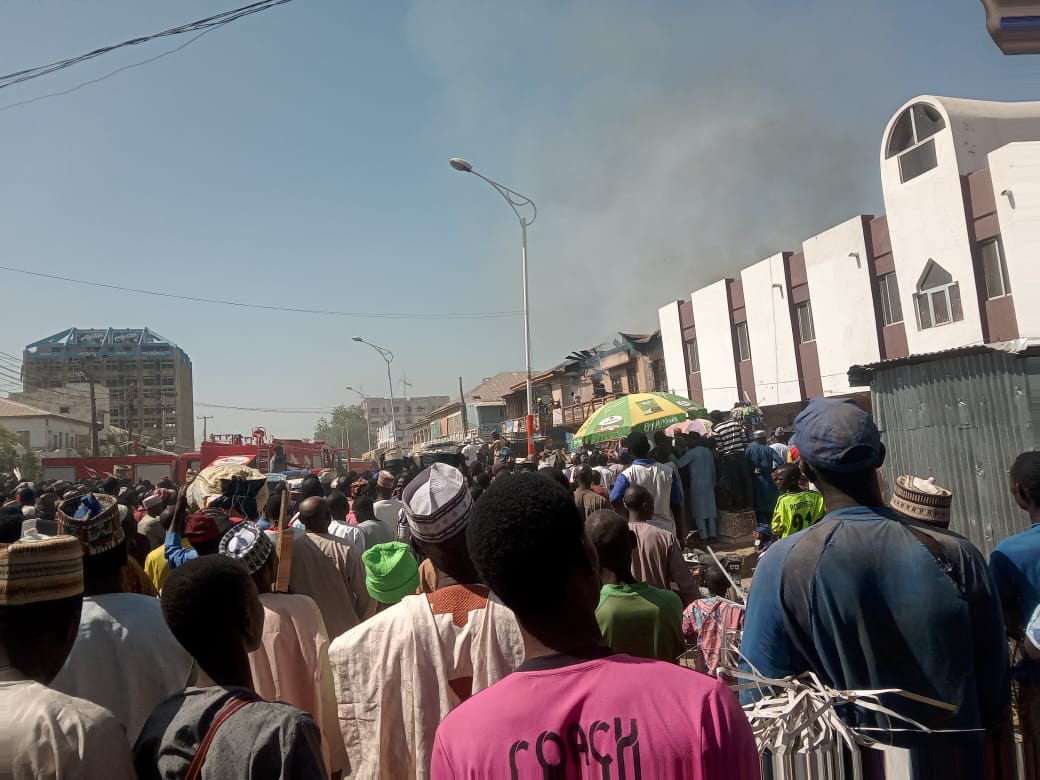 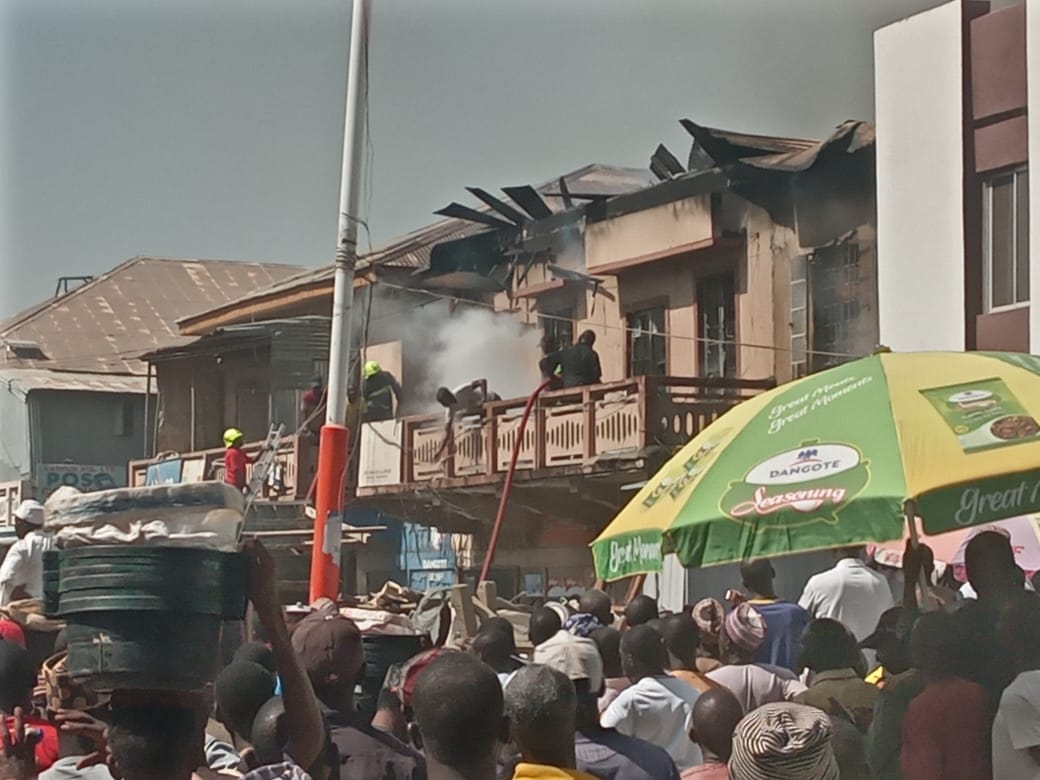 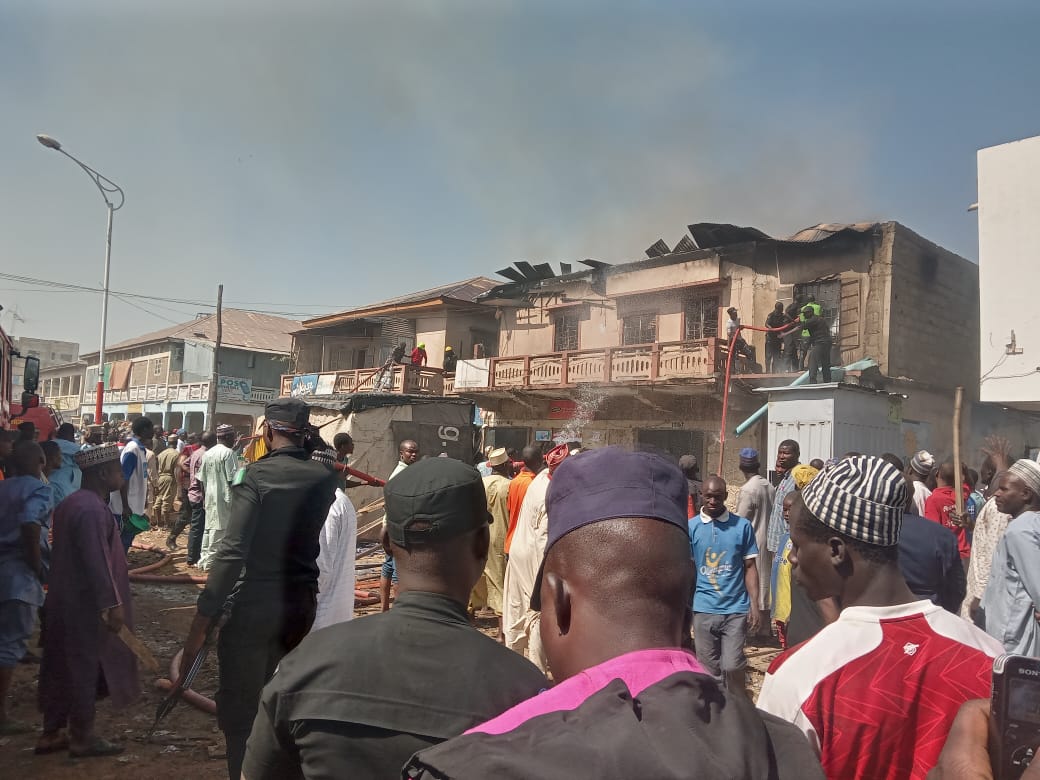