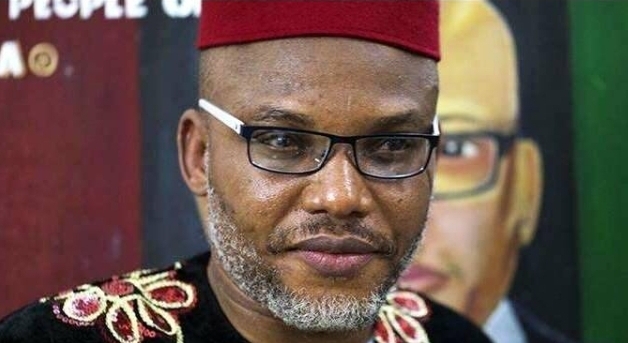 On Saturday, the Nigerian Army provided free medical care to the town of Afaraukwu in the Abia State local government of Umuahia North.

Mazi Nnamdi Kanu, the leader of the Indigenous People of Biafra, or IPOB, resides in the rural community of Afaraukwu.

The free medical assistance comes five years after security agents invaded Kanu’s family residence, which led to the IPOB leader telling the court that he left for his own safety.

Addressing newsmen at Afaraukwu Technical School, venue of the outreach, Brigadier Adetuyi said that “the free medical outreach is aimed at assuring the good and loving people of Afaraku of Nigerian Army’s genuine concern in their affairs, as exemplified in the readiness of the troops to not only provide adequate security for the people at this Yuletide season but also to support their wellbeing always.”

He further stated that the outreach was to strengthen the existing cordial relationship between Abians and the Nigerian Army.

Gen. Adetuyi said that the Nigerian Army “is ever ready to perform its constitutional role of giving necessary support to the Civil Authority in providing necessary conducive environment for electioneering activities towards 2023 general elections in the state.”

The Commander also said “the medical outreach is targeted more towards the less privileged, the aged and children in the community by providing succour to them at a time like this, thus demonstrating the brotherly love that exists amongst us Nigerians.”

Stating that the good people of Afaraku should see the outreach as a way of the Chief of Army Staff saying ‘You are our people, we will always love you!’

In a remark, His Royal Majesty Eze Edward Ibeabuchi of Afaraku Ancient Kingdom, commended the Army for the gesture, which he said was the first of its kind in the community.

He prayed God to bless the Army command for the kind gesture.

One of the beneficiaries, Evangelist Carolina Obioma, thanked the Army for the outreach which she said came to her as a surprise.

” I never knew the Army which uses gun can also use drugs”, she told Vanguard, adding that ” God will make their children useful and heal their pains and diseases.”

Similarly, Charles Nnochiri popularly known as Coach, appreciated the Army for the gesture, and prayed that “God will not allow them to be lost on the battle ground”.