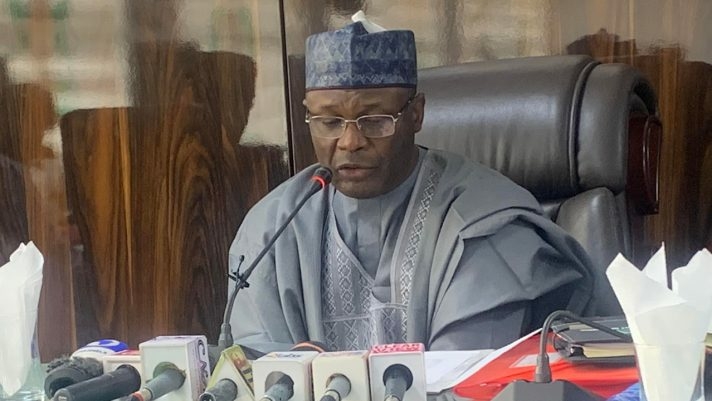 In order to convince Nigerians that they will be the beneficiaries of its loyalty and allegiance in the general elections of 2023, the Independent National Electoral Commission (INEC) issued a warning to its staff on Monday.

At the start of a two-day retreat for the commission’s administrative secretaries in Lagos, Prof. Mahmood Yakubu, the chairman of INEC, offered this guarantee.

The United Nations Development Program, according to the News Agency of Nigeria (NAN), is in charge of organizing the retreat (UNDP).

Yakubu stated in his opening remarks that the retreat was a part of INEC’s preparation for the general elections of 2023. Sam Olumekun, the INEC National Commissioner, represented Yakubu.

According to him, over the last 23 years since the return of democratic rule, the commission has recorded steady progress with the nation’s elections getting better and citizens’ confidence in the process increasing.

“Let me repeat once again that the Commission’s allegiance is to Nigeria. Our loyalty is to Nigerians who want free, fair, credible and verifiable elections.

“It is in this respect that I want to warn all members of staff of the commission to be neutral and professional in their conduct during the forthcoming election, ” Yakubu said.

He said that since the 2011 general elections, the reliance on new knowledge and experience gathered from the conduct of previous elections, enhancing electoral integrity and improving voter experience through innovations, planning and technology had guided INEC through several elections.