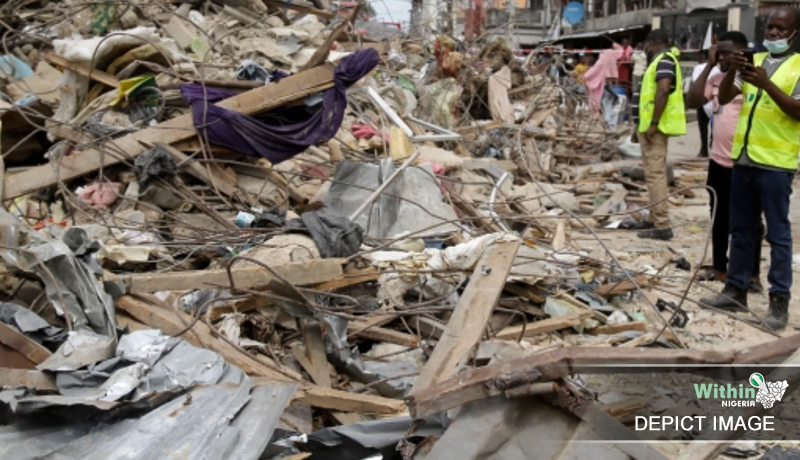 Share on FacebookShare on Twitter
The Government of Lagos State has stated that it is investigating alleged corrupt practices by some operatives of the Lagos State Physical Planning Permit Authority, and the Lagos State Building Control Agency.
This was contained in a statement signed by the Deputy Director, Public Affairs, Mukaila Sanusi, the Commissioner for Physical Planning and Urban Development,  Tayo Bamgbose-Martins, in Alausa on Friday.
According to the statement, the move became imperative sequel to the allegation of malfeasance against LASPPPA and LASBCA staff in an investigative media report.
According to the commissioner, the government was not oblivious of the fact that while majority of staff act to uphold professionalism and good ethics, there might be a few others who compromise their position and connive with others to denigrate the system, adding that observers would do well to come up with names of perpetrators as against making them anonymous to aid investigation.
He said, “The two agencies, which have been doing their best to sanitise the Lagos building environment, have been mandated to fish out the bad eggs within their fold who have been complicit in illegal building construction, such erring officers would be made to face punitive actions in line with the public service rule.”
Bamgbose-Martins urged members of the public to embrace the ethos of building right and shun the temptation of making recourse to underhand practices as physical planning regulations remained the hope of the Lagos megacity faced with strong population and land use pressures.
Whilst not ruling out the possibility of impersonation in the matter, he urged the public to be weary of touts who sometimes parade themselves as officers, adding that the government had made it mandatory for all members of staff to conspicuously wear their identity cards for easy identification.
Recalling some of the many steps taken by the state government to ease planning permit approval processes and enhance monitoring of the building environment, he said that the government had increased the number of LASPPPA and LASBCA district offices, devolved  approval powers to the district level and embarked on the adoption of e-planning permit and automation of processes of the ministry and its agencies to eradicate delays and remove undue interference in the approval process.
He added, “The administration of Babajide Sanwo-Olu  in the state, in line with its T.H.E.M.E.S agenda of making Lagos a 21st century economy, has prioritised citizens participation through massive sensitisation and the establishment of the Lagos State Physical Planning and Building Control Appeals Committee to hear petitions from members of the public on physical planning and building control infractions.
“Other measures are the promotion of whistle blowing policy, which allows Lagosians to report observed misdemeanors through various platforms including the state toll-free lines, 112 and  767 as well as the Lagos MPP&UD mobile app on Goggle Play and Apple Store.”
The physical planning commissioner assured Lagosians of the unwavering commitment of the Sanwo-Olu administration to livable,  organised and sustainable building environment through seamless and effective regulatory procedures as demanded by the smart city drive of the administration.