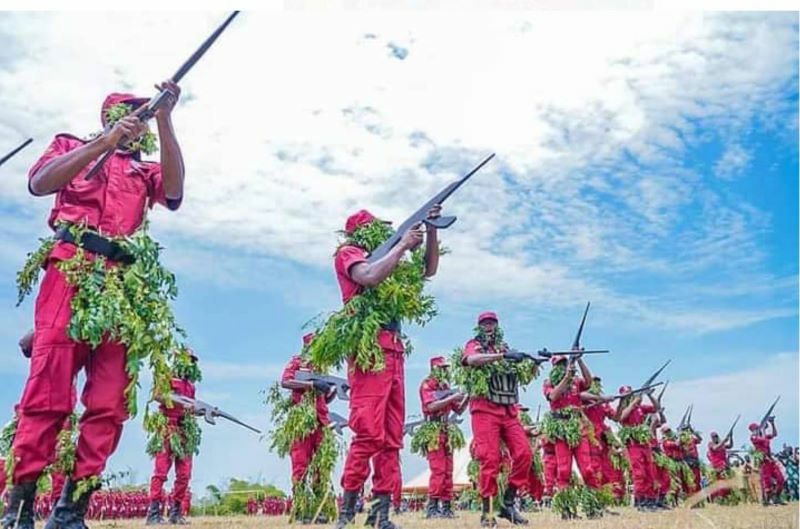 AK-47 rifles, military camouflage and other items hidden in a forest in the state by suspected kidnappers have been recovered by the Oyo State wing of the Southwest Security Network codenamed Amotekun Corps.

This was made known on Monday by the Commandant of the corps in Oyo State, Col. Olayinka Olayanju (retd.) in Ibadan.

He said the items were recovered while operatives of the corps were combing forests following rising cases of kidnap on the Lagos-Ibadan Expressway.

“Last weekend, efforts of our men were rewarded when the arms and ammunition were found in one of the forests following a tip-off that some gunmen sighted in the area.

“The security network’s agents are still present in the forest to possibly apprehend the criminal elements,’’ he said.

In his remarks, Special Adviser to Governor Seyi Makinde on Security Matters, former Commissioner of Police, Mr Fatai Owoseni, said the governor had directed security personnel in the state to take proactive steps to stop abductions in the state.

Owoseni said collaboration with local hunters and vigilantes assisted greatly in recent successes recorded by the Amotekun corps in the state.

He assured that the state government would provide the equipment needed for the smooth operation of the corps to enhance their performance.