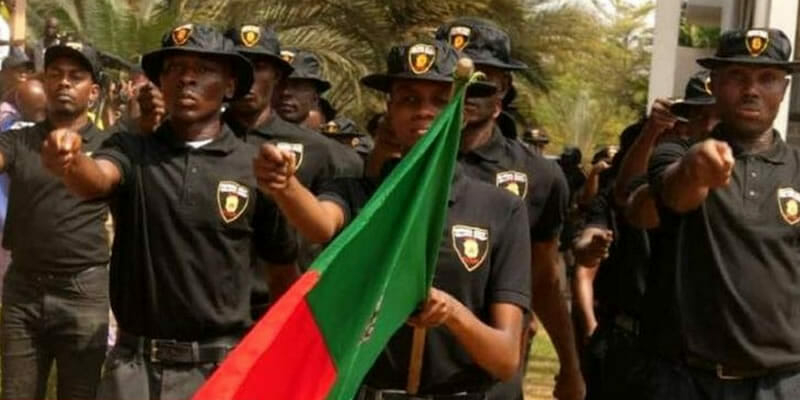 Operatives of the Anambra vigilantes have arrested a former member of the disbanded Special Anti-Robbery Squad of the Nigeria Police Force, identified simply as Ejima, for allegedly defiling five underaged children.

The suspect, a serial offender of defilement of minors was  arrested at Ekwulobia in Aguata Local Government Area of the state and handed over to the police.

The victims are from four different parents, between the ages of five and 11 and are all from Ebonyi State.

According to PUNCH, one of the victims while narrating their ordeal said the suspect had requested they come over to his house to rest after asking them to fetch water for him.

She said, “He later asked the oldest two among us to cook for him, while he asked the youngest to sleep on the bed and the other on a mat respectively.

“While we were busy with the assignments he gave us, we observed him defiling those who were sleeping. He even requested we join in the show.”

She claimed that they did not raise the alarm because the suspect warned them not to or risk being beaten.

The victims’ parents, on their part, said the news of the defilement came to them as a rude shock, saying they least expected such act from the suspect.

Father of two of the victims, who did not want his name mentioned, said, “When I got back from church, my wife told me that the children she sent to go and fetch water at a nearby compound were yet to be back several hours after.

“We looked for them everywhere and quickly decided to involve the local vigilante for a wider search.

“It was later in the evening that my children came back alongside other kids within the neighbourhood and when I accosted them, they confessed they were defiled.”

He revealed that the suspect visited his wife’s shop, where he normally played with the kids, adding that they never suspected he would be involved in such.

Parents to the other victims, petty traders and a tailor respectively, said the suspect had been in the habit of moving out with girls, both young and old, but said they never thought he would be involved with kids.

The victims were said to have been taken to the Ntasi Centre General Hospital, Enugwu-Ukwu, where they were examined and treated at no-cost, while the suspect was currently at the state CID from where he would be charged.

Reacting, the Commissioner for Women and Social Welfare, Mrs Ify Obinabo, warned that anyone found guilty of such crime would not go unpunished.

She urged parents and caregivers to always be vigilant and careful who they leave their wards with.

“Once the law finds the suspect guilty of the crime levelled against him, he will not go unpunished. We warn others who are using their positions to perpetuate crime to desist forthwith or face the full wrath of the law,” she warned.

The state police spokesman, DSP Tochukwu Ikenga, could not be reached for reaction as calls and message were not responded to as of the time of filing this report.