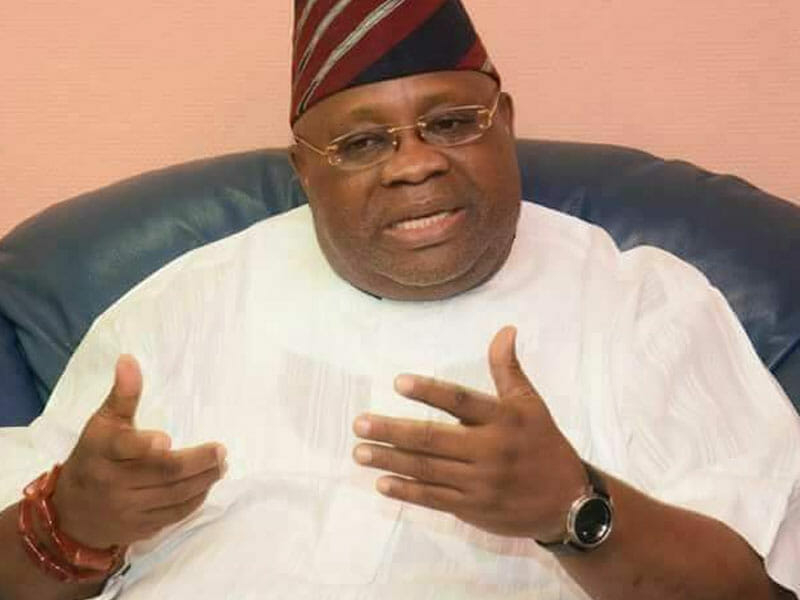 WITHIN NIGERIA had reported that Adeleke issued an Executive Order dethroning three monarchs, Owa of Igbajo, Aree of Iree and Akinrun of Ikirun, installed by Gboyega Oyetola.

However, the spokesperson of the governor, Olawale Rasheed, while speaking on Rave FM in Osogbo during a talk show programme, “Frank Talk” said the appointments and employment by the administration of Oyetola will be reviewed to ensure due process.

Rasheed said, “There was never sack of any worker or traditional ruler. We only set up a review panel. It is impossible to sack and put a review panel in place.

“The review panel is to look at the numbers of the people that were employed, due processes of the employment, and qualification among other things.

‘’Before our taking over, there were issues of backdating of employment, even till last year. So order 1-5 will be operationalized by order 6 which are the panels.

“Those that were employed from July 17 till our takeover are still at work presently, they have not been sacked. The staff audit will review the employment. Within 4 hours, Adeleke has dismantled the illegality of 4 months, all the bobby traps he has dismantled them.“

Recall that Adeleke signed Executive Orders 3, 4, and 5, nullifying all employment and appointments by his predecessor Gboyega Oyetola from July 17 till his inauguration on Monday.

He explained that executive order one to five shows the intentions of the administration to review, nullify, and set aside, and the instrumentality to effect the orders was order six which is the composition of the panel.

The order states: “All employments in the service of Osun State Government made in any capacity into any capacity in all the Ministries, Departments, Agencies, Commissions, Boards and Parastatals after July 17th, 2022 be and are hereby nullified.

“All appointments in the service of Osun State Government made in any capacity into any capacity in all the Ministries, Departments, Agencies, Commissions, Boards and Parastatals after 17th July, 2022 be and are hereby reversed.

“In the case of Ikirun, Iree and Igbajo, to avoid further breakdown of law and order, the appointments of Akinrun of Ikinrun, Aree of Ire and Owa of Igbajo are hereby put on hold pending review. Subsequently, the palaces of Akinrun of Ikirun, Aree of Iree and Owa of Igbajo should remain unoccupied, while security agencies are hereby ordered to take charge.”