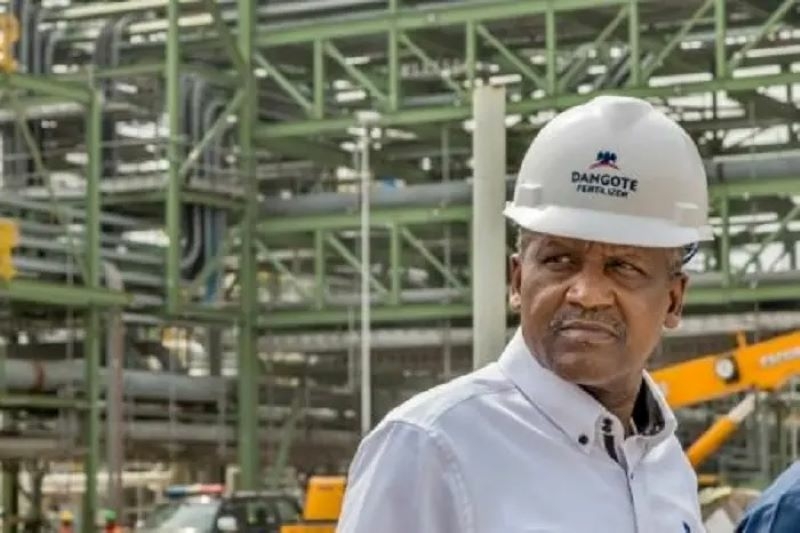 Following a huge $200 million gain in October, the wealthiest man in Africa saw a net worth increase of $1.5 billion last month. He is currently ranked the 81st richest man in the world with a net worth of $19.1 billion.

His net worth increased by $1.5 billion in November, according to the Bloomberg Billionaires Index, which tracks and compares the fortunes of the 500 richest people in the world. This reversed losses of $611 million in the first 10 months of 2022.

The rise in stock prices of Dangote Cement Plc, which returned to bullish dominance after several months of bearish performances, is credited with the increase.

A large portion of Aliko Dangote’s wealth came from his 86 percent ownership of the $8.64 billion-worth Dangote Cement. Additionally, his $5 billion fertiliser plant, which has the capacity to produce up to 2.8 million metric tonnes of urea annually, is responsible for his growing wealth.

With the billion-dollar increase in his net worth that wiped out his year-to-date wealth loss of $611 million at the start of the month, the Nigerian billionaire joins Abdul Samad Rabiu, who has recorded a significant increase in his wealth this year.

For the record: Aliko Dangote announced that his investment will create at least 300,000 jobs in Nigeria as he continues to strategically invest in his sugar business in accordance with the Nigeria Sugar Master Plan requirements