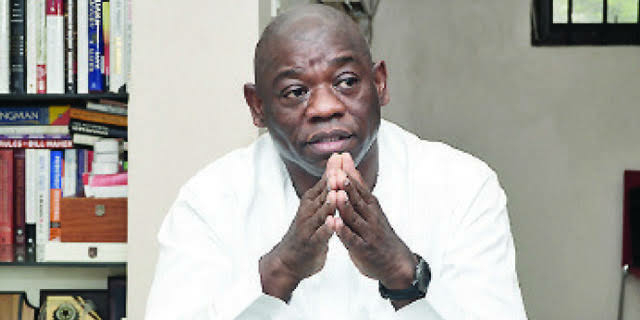 Presidential candidate of the Peoples Redemption Party (PRP), Kola Abiola has promised to stop payment of subsidy on petroleum products.

Kola Abiola made this promise while speaking in an interview with Channels TV’s Politics Today on Friday.

He said, “We are growing to run a market economy to create liquidity first and that doesn’t mean government will not step in from time to time.

“The oil and gas is very germane, we have corruption, we have leakages, but more importantly our production is too low. We need to at least reduce 3 million barrels a day to make the number work. We need to stop importing fuel.

“We need to reestablish domestic production. We need to get the value added from our oil. After 63 years of crude oil production, we are still importing products and all we do is export. All these will be stopped,” he said.

Similarly, the PRP candidate also vowed to improve on the welfare standard of the men of the Nigeria Armed Forces.

He said, “We nee to address the security architecture. The will is there, we need to ensure implementation and look at the welfare of our armed forces.

“If you meet a bandit leader and he says there’s no difference between you and us, what would you say?

“The trust has been eroded, the common man cannot feel the presence of a government, I’m coming with zeal to change this mindset,” he said.

The PRP presidential candidate stated that Nigerians must vote for their future, adding that “it is not about sentiment.”

Recall that Kola Abiola, had earlier in the year declared that he will win next year’s election by repeating his father, late MKO Abiola’s feat during the June 12, 1993 election.

The PRP presidential candidate said he was out to disrupt the process and win next year’s election.

He explained that he led the campaign planning and execution that earned his late father “victory” during the controversial election when he was 28 years.

The PRP candidate vowed to adopt grassroots approach and pursue a recruitment drive that “will change the face of politics in Nigeria.”

Similarly he said he wanted to “reset” Nigeria with his party, which is one of the oldest in the country.

He said, “I want to be president because I believe it is time for complete reset of Nigeria. And I did not make any mistake by joining PRP. I did my homework thoroughly before joining the PRP. And I joined it because it is the only party that has no baggage, no problems or legacy issues. It is the only party that can convince the younger generation to get involved in the game, and not just to elect leaders.”

Kola Abiola also said he was not intimidated by other more popular candidates from other political parties, saying he was confident of his chances to win them even in the North.

“The chances of Kola Abiola is a surprise factor. Check the whole northern states, Kaduna, Katsina, Kano, Jigawa states, I will win those states again for PRP,” he said.

Kola Abiola is the first child of late M.K.O Abiola, the acclaimed winner of the June 12, 1993 annulled presidential election.