Ghana’s Ayew daughter collapsed after he missed penalty against Uruguay 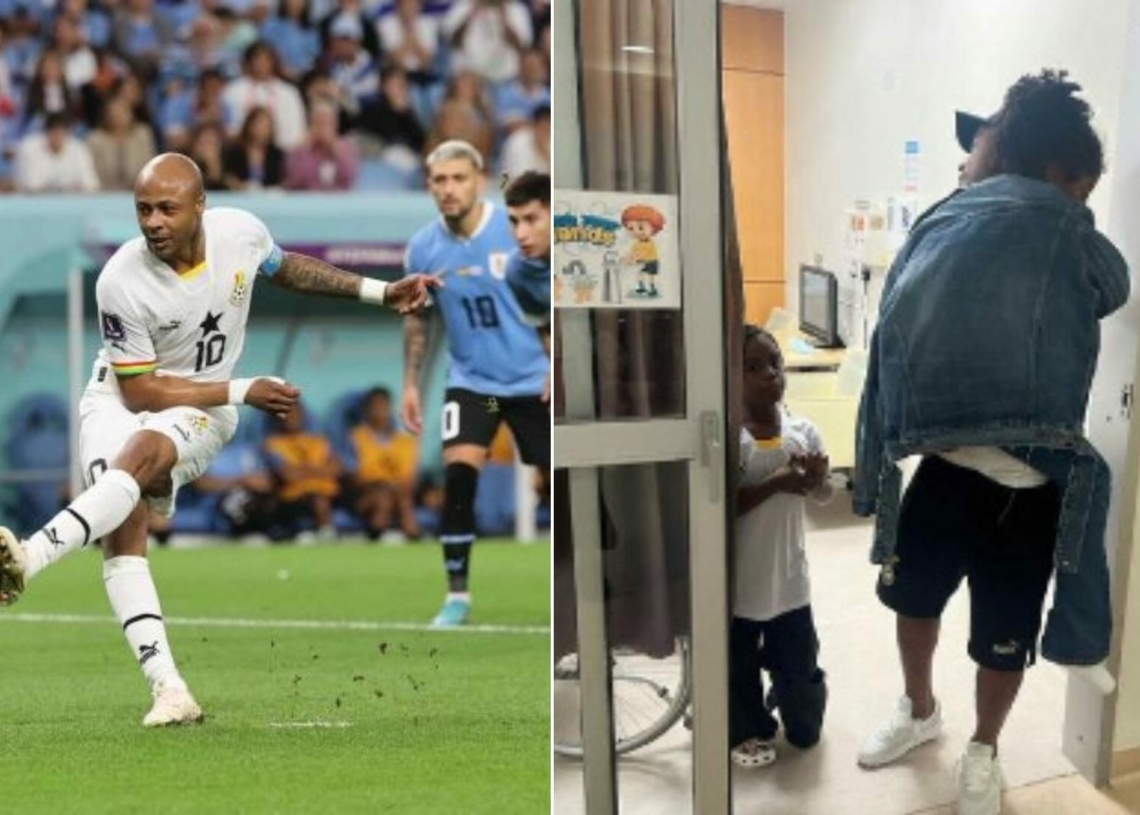 Black Stars forward, Andre Ayew rushed from Ghana’s 2-0 defeat to Uruguay to the hospital after hearing that his seven-year-old daughter had collapsed.

According to HLN, the daughter of the 32-year-old striker collapsed after the player missed a penalty that would have put Ghana in front on Friday.

Both Andre and his brother Jordan Ayew were substituted at half-time, although it is unclear if these two scenarios are linked.

Daily Mail reported that Andre was informed of his young girl’s plight, and immediately rushed to the hospital, only to learn that she was doing well.

A tweet featuring an image from the hospital read, “Andre Ayew went from the stadium straight to the hospital to see his daughter who collapsed when he missed the penalty against Uruguay. It was quite scary but thankfully, she’s doing fine now.”

The match was viewed by many in the African country as a ‘grudge match’ after the infamous Luis Suarez handball incident which denied them a certain goal in the quarter-final of the 2010 World Cup.

Ghana’s Asamoah Gyan missed the subsequent penalty that day in Johannesburg, and went out of the competition on penalties.

Ayew was the only member of that 2010 squad to feature in Friday’s match – although he missed that memorable match due to suspension.

When goalkeeper Sergio Rochet brought down Moahammed Kudus in the box halfway through the first half at the Al Janoub Stadium, Ayew saw a chance of some kind of redemption against their foes, only to place a weak shot which was comfortably parried by the keeper.

Giorgian de Arrascaeta’s brace was enough to seal Uruguay’s win on the day, but they were unable to save themselves from elimination at the first hurdle.

Ghana’s Ayew daughter collapsed after he missed penalty against Uruguay