How we averted flood disaster in Lagos – Sanwo-Olu 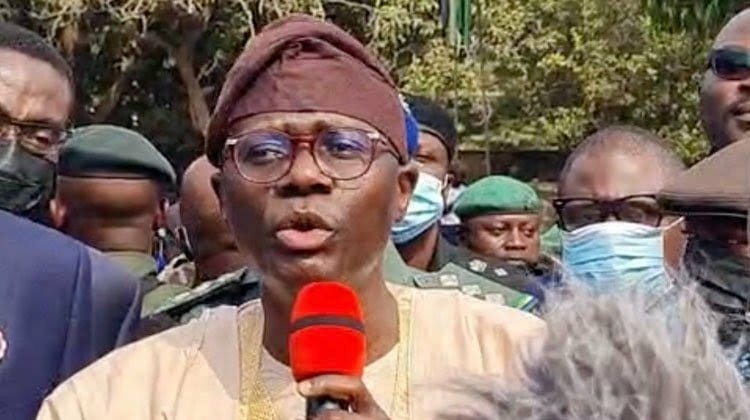 Lagos State Governor, Babajide Sanwo-Olu, on Saturday said his administration did everything possible to ensure that the state is not ravaged by the recent flood that devastated many parts of the country.

He said the proactiveness of his administration helped to avert the disaster.
The governor made the disclosure at the flag off of his governorship campaign for reelection with the slogan, ‘A Greater Lagos Rising’, at the Mobolaji Johnson Arena, located in Onikan area of the state.

He thanked the electorate for their support and solidarity for his administration and the ruling All Progressives Congress (APC).

Sanwo-Olu, addressing the crowd that attended the event, urged Lagos residents to re-elect him and the Presidential candidate of the party, Bola Tinubu and other candidates of the party for continuous efficient service delivery.

He said his administration did not take the support and mandate given to him over three years ago when he was elected as the governor of the state for granted, saying his administration worked so hard to overcome challenges caused by the global economic meltdown and other upheavals that shook the world.

Sanwo-Olu, said the campaign slogan, which is a “Greater Lagos Rising”, was informed by the giant strides his administration recorded through the THEMES agenda , saying tremendous progress was made in the areas of transportation and traffic management in the state.

According to the governor, ‘’You can see the completion of our rail projects, you have seen rail in Lagos for the first time in over 40, 50 years there will be an intra-city rail system. We have completed it and we are going to be handling it to you. You have seen our commitment on all of our BRT corridors, first and last mile buses, new taxis , you have seen our commitment on ferry terminals, development ferry terminals in seventeen locations across Lagos.

‘’We have resolved the Apapa gridlock, you have seen a new energized LASTMA that is working tirelessly, you have seen the construction and completion of the Lekki Deep seaport.