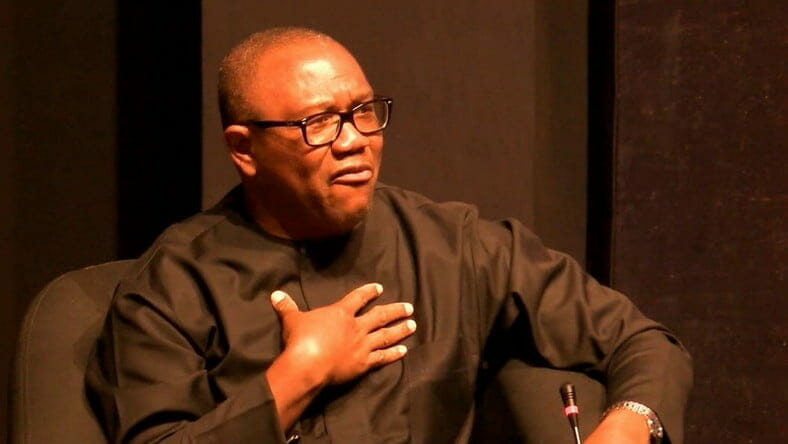 The spokesperson for the Obi-Datti Presidential Campaign Council, Yunusa Tanko, has called on Nigerians to dismiss the report that the Labour Party’s flagbearer, Peter Obi, had unveiled his policy document.

Tanko made the call less than three hours after Obi “finally released his long-awaited 62-page campaign manifesto”, which contained his proposed plans for Nigeria if elected as president.

WITHIN NIGERIA had reported that Obi on Saturday released a 62-page campaign manifesto titled “Our Pact with Nigerians: Creating a New Nigeria.”

Speaking with PUNCH, the National Publicity Secretary of the party, Abayomi Arabambi, said that the viral document themed ‘Our Pact with Nigerians: Creating a New Nigeria’ being shared was the original document.

Reacting to the news of Obi’s manifesto, Tanko said that there was no iota of truth in the report.

Tanko disclosed that unless the candidate mandated the campaign team, Obi remained the only person to officially unveil his policy document.

He said, “A lot of people are eager to see the document. But I can tell you authoritatively that Peter Obi has not publicly unveiled the document, aside the one presented at the Lagos Business School. It was a summary of the main document which he released himself. Until when Obi unveils it, please disregard any report you see. He is the candidate.

“Let me say that Obi is the first candidate to start making public the plans he has for the Nigerian people. Other candidates just unveiled a document which they didn’t even stick to.

“Obi was the first person to have an agenda of how he plans to move Nigeria from consumption to producing economy, which he keeps using as a mantra.

“We already have the document but we are yet to unveil it publicly. It is not done by proxy. In fact, I have a copy of the document in your hand. But I cannot release it because he is the only one that has the power to publish it. He is the candidate. People should be patient until he makes the pronouncement. It is only then they can analyse as they want. It is obvious people are too eager for it.”

But Arabambi disagreed with the report of the campaign spokesperson, stating that Obi’s manifesto was sent via a platform of the National Working Committee by the National Secretary, Umar Farouk, to be shared.

The LP image maker said, “The document is correct. It was shared on the NWC platform by the national secretary. I am sure Tanko was probably unaware because he is not a member of the group. “