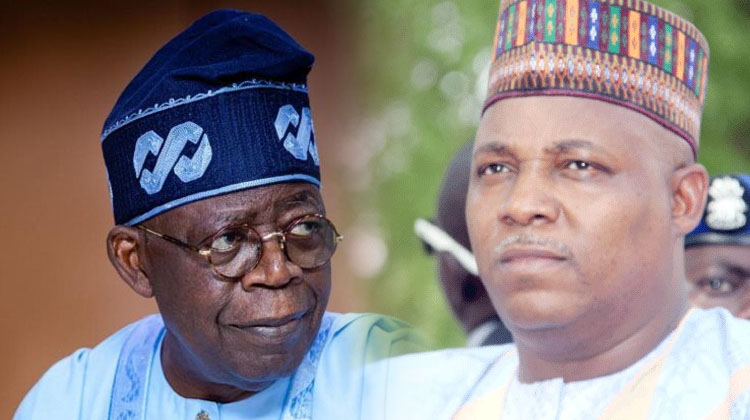 The Peoples Democratic Party (PDP) has denounced what it called the Tinubu/Shettima Presidential Campaign Organization’s ongoing, blatant insults, threats, and disparaging portrayals of the Nigerian media.

The PDP claimed that Nigerians are outraged by the Tinubu/Shettima Presidential Campaign’s inflammatory declaration of hatred, animosity, and labeling of Arise News TV in a statement released in Abuja on Sunday and signed by Debo Ologunagba, the party’s national publicity secretary.

The APC campaign’s action, according to the PDP, is part of a plan to frighten Nigeria’s media out of doing its constitutional role of giving citizens a legitimate and credible forum to analyze, examine, and question the policies and programs of those seeking to be president of the country.

Ologunagba said, “The action of the Tinubu/Shettima Presidential Campaign is an unpardonable display of intolerance, aversion and hatred for the media and a direct affront to Section 22 of the Constitution of the Federal Republic of Nigeria 1999 (as amended).

“This confirms apprehension by Nigerians of APC’s plot to discount critical sections of our Constitution to stifle the mrdia, erode free speech and foist a fascist system in our country.

“The PDP invites Nigerians to observe that while asserting that the APC presidential candidate, Asiwaju Bola Ahmed Tinubu, has the right to “decide where he goes and events to participate in” the Tinubu/Shettima Presidential Campaign exposed its proclivity towards fascism by seizing the constitutional freedom of association of other Nigerians, particularly their spokespersons and supporters from exercising their right to appear in media or platform of their choice.

“Nigerians know that Tinubu/Shettima Presidential Campaign is desperate to shield Asiwaju Tinubu from answering questions on his numerous alleged issues.

“The Tinubu/Shettima Presidential Campaign should know that evading Media invitation at home in Nigeria and running to Chatham House in London cannot save Asiwaju Tinubu.

“Nigerians are demanding that he should address them at home and not in London.

“Our Party holds firmly that as the Fourth Estate of the Realm, the media has a duty under the Constitution to act as the watch dog of government, public officials and those aspiring to hold public offices.

“In that regard every media platform in Nigeria has the obligation to ensure that those who aspire to public offices, especially the Office of the President of the Federal Republic of Nigeria, must make themselves available for the Nigerian people to examine, review and interrogate their policies and programmes for the nation.

“Our fear is that the Tinubu/Shettima Presidential Campaign’s threats to the media is capable of inciting APC thugs against media practitioners and journalists in Nigeria and intimidate them from carrying out their constitutional duties.

“The PDP draws the attention of the Inspector General of Police to the threat by the Tinubu/Shettima Presidential Campaign towards the media and take steps to ensure that the media has a conducive environment and freedom to discharge their duties to the nation.

“Our Party charges the Media not to be intimidated, but remain firm and resolute within its professional ethics in the discharge of its duties, especially ahead of the 2023 general elections.”