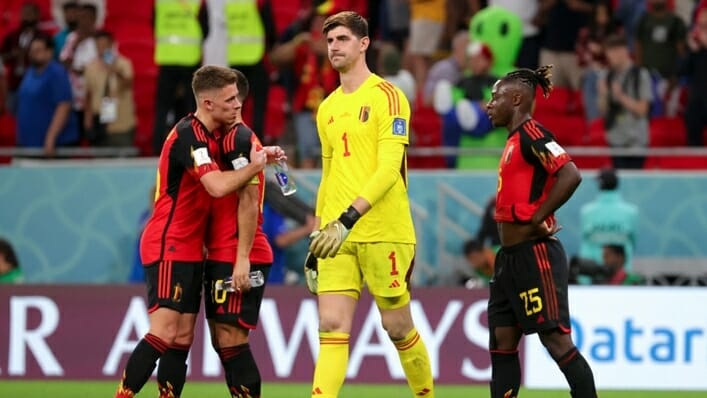 Belgium’s current crop of players, according to Thibaut Courtois, should not be regarded as the nation’s “golden generation” following their disastrous World Cup campaign in Qatar.

Despite a string of underwhelming performances, Belgium placed third at the 2018 World Cup in Russia and advanced to the quarterfinals of the Euro 2020 tournament, raising hopes for a renewed World Cup bid this year.

The world’s second-ranked team, however, was eliminated in the group stage after defeating Morocco and drawing 0-0 with Croatia after defeating Canada by a score of one goal each.

The Red Devils’ current squad – which includes a series of household names including Kevin De Bruyne and Eden Hazard – has often been described as Belgium’s “golden generation”, but Courtois says that depiction is inaccurate.

“It’s a little shameful they called us the golden generation of Belgium when we didn’t win anything,” Courtois told ESPN.

“We are not a golden generation; we are a generation that had a lot of talent and great players in several European clubs.

“In Russia, in 2018, we showed that we were a Belgium that played good football. In this World Cup and in the Euro [2020] we were not ourselves.”

Courtois, a veteran of three World Cup campaigns, will be 34 when the next edition of the tournament begins, but he has no intention of calling time on his international career before then.

“We’ll see what will happen, who will stay, who will end their career. I want to play in this [next] World Cup, yes,” Courtois said.

“We still have good players and others will arrive. When they finish their career in the national team, it will be in a good phase, not like this.”