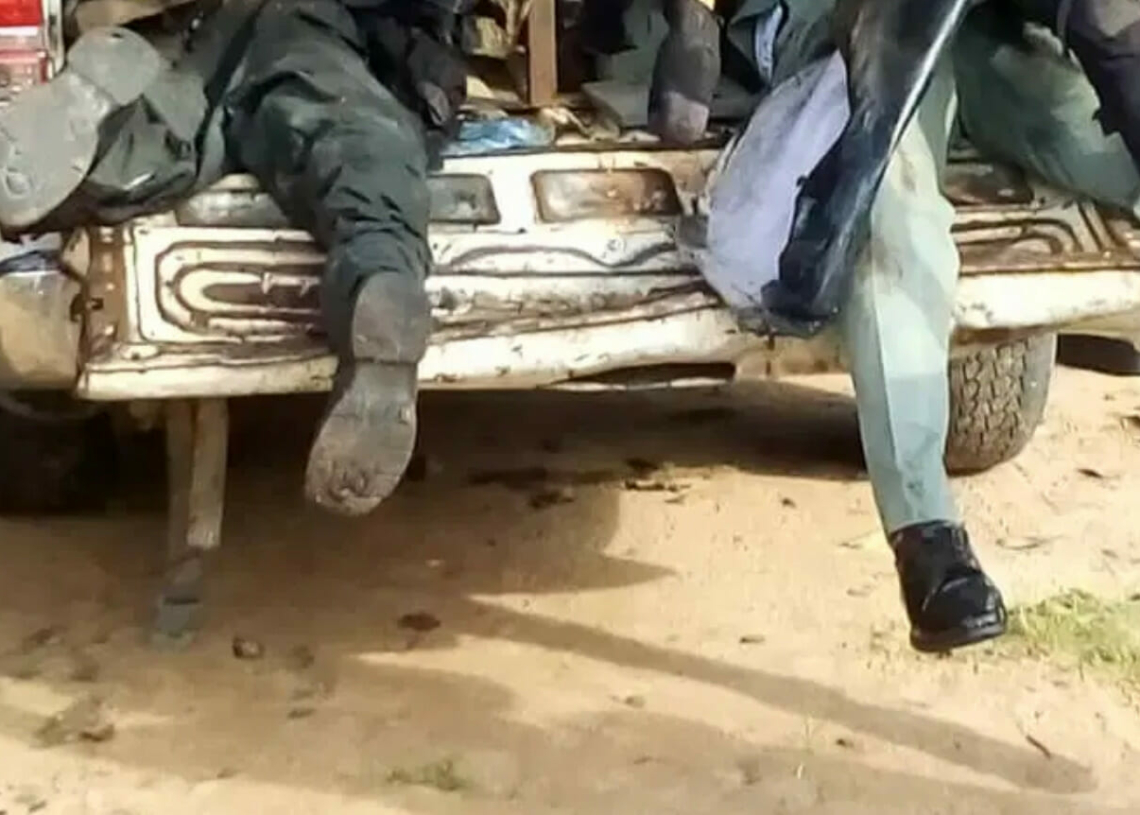 A police officer, two Ebubeagu operatives, and a hoodlum were reportedly killed during gun battle between the police with unknown gunmen at the Presco campus area of Ebonyi State University, Abakaliki.

It was gathered that following the gun battle on Monday night, passersby and residents of the Abakaliki metropolis were seen scampering for safety.

According to Vanguard , sources said the incident occurred around 8 p.m., when the unknown gunmen attacked police officers on their duty post in the Area.

The exchange of gunfire between members of Ebubeagu Security outfit, the Police, and the unknown gunmen resulted in several casualties.

A resident of Abakaliki metropolis (names withheld) added that: “Nawaooooo the shooting last night was not small even inside the house, we took cover. I heard they killed one of the gunmen making it four persons that were killed.

“The police officer who is from Akwa Ibom state is married to an Eddah woman with 5 kids. My neighbour just came back from their place, now at Police headquarters. The oldest of the children is just 10 years old.

“Police just confirmed that a police officer and one of the gunmen were killed but didn’t disclose that of Ebubeagu.

The State Police Public Relations Officer, Chris Anyanwu, who confirmed the incident said one policeman and an unknown gunman were shot dead during the clash between the Police and the unknown gunmen.

In a telephone chat with Vanguard, the State Commander of Ebubeagu Security outfit, Nnana Friday, disclosed that no Ebubeagu operative was involved in the incident.

“No Ebubeagu operative is not involved. It’s IPOB, not Ebubeagu.”