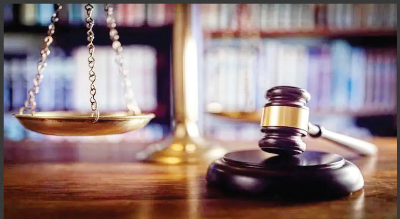 One Ademola Onitiju, a tenant, has instituted a legal action against his landlady for not selling her house to him.

Onitiju, a retired air commodore and legal practitioner, said the landlady, Theodosia Ogunnaike, wanted to sell the four-bedroom duplex at Dolphin Estate in Ikoyi to him but reneged on their initial negotiation.

He said the landlady decided to sell the property to another, hence his decision to sue her in 2021.

The 59-year-old tenant, who started residing in the house in December 2015, said the property was first offered to him as first option to purchase but he did not pay for it immediately. Onitiju said he was initially asked to pay N170 million for the property, but he offered to pay N90 million instead, which was rejected by the landlady.

The retired airforce officer said during the renegotiation process, he sold two family properties to enable him to match the purchase price of N135 million which was later requested for. He said he asked for a bank account detail to pay the purchase price, but he was not provided with any until the property was sold out to one Samuel Dare, a retired colonel.

Onitiju admitted that the defendants did not ask him to sell the two family properties, “but they did by conduct when they insisted on the N135 million purchase price”. He also told the court that he does not have evidence of where the N135 million was lodged.

The tenant asked the court to set aside the sale of the property to the retired colonel.

However, a high court in Lagos dismissed his case.

Ogunnaike, a widow, said the property belongs to her daughter but she was managing it for her. The landlady said Onitiju used to pay his N4.5 million annual rent to her bank account and the rent was not increased during his stay, while they had a cordial relationship.

The landlady said the offer to buy the house was first made to Onitiju, but he did not have money to pay. Then, she terminated the offer made to the retired airforce officer after he made two counter offers of N90 million and N1oo million, and the sale of the property was thrown open to the public.

In her ruling on June 20, 2022, Bola Okikiolu-Ighile, the presiding judge, said Onitiju’s evidence before the court did not support any of the reliefs sought by him, and his case was bereft of facts. She subsequently dismissed the case.

“I find it difficult to grant any of the reliefs sought in the claims (i)-(vii). The claimant shall relinquish possession of the property to the new owners forthwith,” the judge ruled.

Onitiju has, however, appealed against the judgment