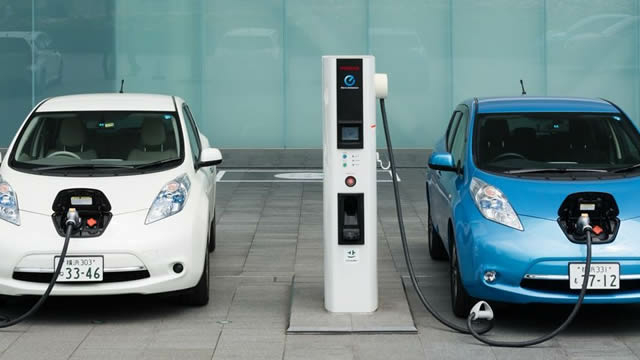 Heard of Elon Musk (the man moving to-and-fro the second richest to the richest man in the World) or does his Electric Vehicle Company ‘Tesla’ comes to your mind? For years now, Tesla led by Musk has been churning out production of Electric Vehicles. This has led established OEMS like Volkswagen, Mercedes, Ford, Nissan, Toyota, as well as new Players in the Electric Automobile industry to produce Electric Vehicles.

The world is moving away from automotive carbon fuels, as seen by many EU nations who have given a timeline as close as 2025 to phase out Carbon Vehicles. The goal of this is to help climate change, eliminate unhealthy combustion with a bid to achieving a greener environment. Electric Vehicles on the other hand are powered & run solely on electricity stored in rechargeable batteries preventing emission any exhaust fumes. EVs also don’t make noise like Fossil-fuelled cars, thereby reducing noise pollution.

According to reports, the number of electric cars worldwide climbed to 10.9 million in 2020, up by more than three million from the previous year. China remains the undisputed leader with more than five million e-cars in its fleet, followed by the USA with 1.77 million.

It should be recalled that Lagos State Governor, Babajide Sanwo-Olu on Friday, November 13, 2020, unveiled & launched the first Nigerian electric car at the VON Automobiles Nigeria in Ojo, the same place the car was manufactured.

The car named Hyundai Kona is a product of Stallion Group and reportedly costs about $63000 (N24 Million). The Lagos State Governor also promised that Lagos State Government will make provisions for electricity charging points for the vehicle across the state, to make it easy for users to enjoy their Electric Vehicles (EV).

The Federal Government of Nigeria in showing her support for EVs & a shift from Carbon Vehicles, has set a target of 2035 for 30 percent locally made cars to be Electric vehicles? These all sound nice, however, taking a Critical look, can this policy actually work? If Electric cars are produced in Nigeria and churn out, can they survive? These are reasons for these skepticism and they include:

Firstly, for electric vehicles to work efficiently there needs to be constant, affordable & reliable electricity. Nonetheless, Nigeria over the years has been known to have a bad track record on Electricity. Many areas in Nigeria can’t even boast of 12 hours of power supply. Moreso, not only is electricity not constant, but it is also expensive. An electricity cost in Nigeria in relation to household-income is currently on a high side, which recently was met with displeasure from the Nigerian populace. How then can Nigerians afford to charge their EVs? A school of thought says it is cheaper to fully charge a Tesla 3 than to fully fuel a 2020 Fossil-fuel Car model. This doesn’t remove the fact that the crippling power supply in the country is a big disadvantage.

A way this problem can be resolved is if the Government and investors can boost renewable energy in form of Solar Energy and make is affordable for most Nigerians. Remember, Nigeria is in a very hot climate.

While electric vehicles have more advantages than gasoline vehicles as seen above, it costs more in terms of mass production. Mass production is supposed to help it in price reduction, however right now, that isn’t the case. For example, Hyundai Kona launched in Lagos State reportedly costs about $63000 (N24 Million), can the average person afford it?

Over the years, Nigerians have preferred to buy used cars instead of news ones. This is largely because of the poor economy condition of the average Nigerians, who can easily afford used cars than a new one. Infact, the rise of used cars led to OEMs opening assembly plants in Nigeria to assemble parts of used cars.

Nigeria’s population makes the country a golden fish for investors and companies. However, if the economy condition of Nigeria doesn’t improve, companies producing EVs might find a way of producing very cheap and affordable EVs for the densely populated Nigerian Population.

Power houses for charging EVS called ‘charging stations can be installed in owner’s house. The electricity on the grid is, in turn, generated from a variety of sources such as coal, hydroelectricity, and nuclear Power sources such as photovoltaic solar cell panels, micro-hydro, or wind. If you compared the number of wealthy Nigerians to poor or average earners, ‘how many Nigerians have the financial power to acquire such Charging stations?’

Like the Lagos State spoke during the launch of the Hyundai Kona, charging stations will be made available for EV Users to have a place to charge. However, will these Stations be enough for the number of EVs that will be available? It’s only a matter of time

Moving across streets and different roads in Nigeria, you’ll surely find a roadside mechanic who with his little / no formal education can easily repair gasoline car. However, with this new technology in a country like Nigeria, it will be difficult to maintain and repair EVs noting that many of these mechanics are not trained in repairing EVs.

If these Electric Vehicles would have to be maintained by technicians and engineers that understand the technology, it would actually be expensive in fixing. To this end, Companies bringing EVs into a country like Nigeria must begin to find ways of training skilled personnel in the technology of EVs for effective maintenance and repairs.

The poor road infrastructure of Nigerian roads is a worrisome factor for the use of EVs in the Nation. This will affect the durability and efficiency of these Vehicle models which need good roads to work.

The Nigerian Economy solely relies on crude oil for generating revenue. Infact, one major problem this has caused over the years is making other industry crippled. This might be the case of EVs in the automobile industry. Investors and Oil moguls might repel against the transition into the use of EVs, as lots of their incomes will be greatly affected. These Investors also control major part of the country’s economy and some of them are even investors in companies producing Fuel-powered cars.

“Besides, in an economic sense, we are an oil-producing country, so we should do everything possible to frustrate the sale of electric cars in Nigeria to enable us to sell our oil.” This statement is attributed to Ike Ekweremadu, the immediate past Deputy President of the Nigerian Senate in 2019. Majority if the house members of the Nigerian Senate turned down a bill to phase out petrol vehicles by 2035 in favour of electric cars, after the bill to favor electric cars was moved by Senator Ben Murray-Bruce.

We await to see if come 2035, Electric vehicles would have been fully adopted by the law makers of Nigeria.

Would Electric Vehicles be a blessing to Nigeria?

Undoubtedly, electric vehicles would do a lot to Nigeria, just like it could do to the rest of Africa & the world. It is a way to much away from the increasing cost of petroleum and since petroleum isn’t renewable, it might become depleted enough to become scarce someday. Most of Nigeria’s transportation is by road; this leads to an obvious dependency on fuels; the pollution problem this brings is huge. Therefore, the advantages of electric vehicles would relieve the country of these problems caused by fuel powered cars.

Also, electric vehicles, if adopted more, would undoubtedly increase the quality of air, which will improve the quality of life in Nigeria through reduced emission of Carbonmonoxide gas from the exhaust of fuel powered cars. This is adding to the Greener life United Nation and the rest of the world are adopting. EVs are climate friendly vehicles.

Nigerians are already importing EVs into the country in some parts of the country, though only a few are doing so, as EVs haven’t been adopted by Nigerians. Nonetheless, as Nigerians get themselves adapted to the use of EVs and its technology, as well as technical know-how increase coupled with favorable Government input, it’s only a matter of time before EVs sweep the automobile industry in Nigeria. However, for now, it will really be difficult to effectively & cheaply use an EV in Nigeria.