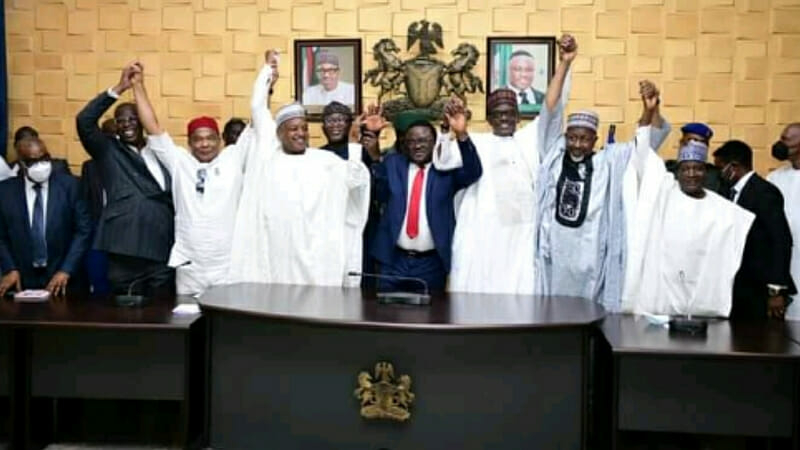 Being educated does not certifies that you are a good politician – this is being understood better by Nigerians after several disappointments from politicians who were voted to office based on ‘incredible education achievement’. If a professor in a medical field fails in his political career, what is the excuse of a politician with Ph.D. in Public Administration and those who have degree in Politics?

A PhD is a doctoral research degree and the highest level of academic qualification that can be achieved. It is a globally recognized academic degree awarded by University and higher institutions to postgraduate students who have completed and submitted a thesis. It is also called a terminal degree and it stands for ‘ Doctor of Philosophy’.

Nigeria has at least 5 incumbent governors who are PhD holders. Nigerians expected a fulfilling administration from them, we wish these hopes are not dashed after their tenure. Let’s take a look at these Governors, who are thought leaders and Doctors of Philosophy in their respective fields of study.

Touted as the most educated seating Governor in Nigeria, Ben Ayade is the current Governor of Cross River State. He was born on March 2nd 1968, and a native of the Obudu local government area of Cross River state.

In 2000, Ben Ayade continued his journey of bagging more qualifications as the enrolled for an MBA in Ambrose Ali Univeristy, Edo State. After this, he pursued Law degree from Delta State Univeristy, Abraka between 2006-2010. It was in the same university he worked as a lecturer and received his appointment asa professor.

Abdullahi Umar Ganduje was born on the 25th December 1949, in Ganduje village of Dawakin Tofa Local Government Area of Kano State. He is currently serving as the Governor of Kano State; he took office in 2015.

Ganduje attended Advaced Teachers’ College Kano between 1969 and 1972. He proceeded to studying Science Education from Ahmadu Bello University, where obtained his B.Sc in 1975.

In 1979, he obtained a Master’s degree in Applied Educational Psychology from Bayero University Kano. He later returned to Ahmadu Bello University in 1984 for a Master of Public Administration degree, which he bagged in 1985.

It was at the University of Ibadan in 1993, where he received his Ph.D. in Public Administration.

Okezie Victor Ikpeazu was born on October 18, 1964 in Obingwa Local Government of Abia State. He is the serving Governor of Abia State, since May 29, 2015.

At age 16, Okezie gained admission to study Clinical Biochemistry from the University of Maiduguri in 1980; there, he obtained his Bachelor’s degree (Second Class Upper Division) in 1984.

He returned to the University of Maiduguri for an Masters degree in Biochemical Toxicology and graduated in 1990.

In 1994, at the young age of 30, Okezie obtained a Doctorate, Ph.D. in Biochemical Pharmacology from the University of Calabar. He the youngest governer to bagged a Ph.D. among the current Governors in Nigeria.

Okezie Ikpeazu had served as a lecturer in many Nigerian educational institutions before pursuing his political career.

John Olukayode Fayemi currently serves as the Governor of Ekiti State, an office he assumed on the 16th of October 2018. He is one of the most influential Governors in Nigeria and the Chairman of the Governor’s Forum2. Kayode Fayemi was born on 9th February 1965 in Ibadan, though Parents who are of Ekiti descent.

In 1989, he enrolled to King’s College London for his postgraduate studies. There, he earned a Doctorate (PhD) in War Studies, specializing in Civil-Military relations in 1992.

Kayode Fayemi has lectured in Africa, Europe, the America and Asia. He served as a visiting professor in the African Studies programme at Northwestern University, USA in 2004.

He was elected governor in 2015 , a position he still holds.

Babagana Umara Zulum is current Governor of Borno State in the Northeastern part of Nigeria. He was born on August 25th 1969 in Zulum village , Mafa Local Government Area of Borno.

In 2010, he became a professor in University of Maiduguri where he had started as an assistant lecturer since 2000. He is a certified COREN Engineer.

Professor Babagana Zulum has been the governor of Borno State since 2019.