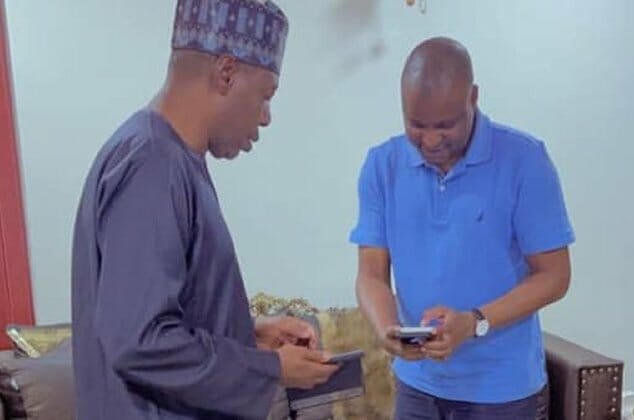 WITHIN NIGERIA reports that Kyari was recently suspended by the Nigeria Police over his alleged involvement in Hushpuppi’s fraud saga.

However, a video emerged on Monday on social media, alleging that Governor Zulum and his predecessor, Senator Kashim Shettima had visited DCP Kyari at his residence over the incident.

But Malam Isa Gusau, spokesman of the Borno governor on Wednesday, said it was an old video being recirculated by some mischief makers to rubbish the governor and his predecessor, Senator Shettima.

According to Gusau, the video in circulation was rather an event, which occurred on June 30, 2021, long before the indictment of the embattled DCP Abba Kyari by FBI in the case of Hushpuppi.

Explaining further, Gusau said, that video was when Shettima returned to the country after being rumoured to have died in the United Kingdom where he went to spend holidays with his families.

He said, “The same video falls into the hands of mischief makers who decided to use it for their selfish gains. I decided to make this clarification because Abba Kyari, who promised to issue the clarification himself, did not do so, more than four hours after making the promise.

“A video in circulation was recorded by some associates of Abba Kyari at the residence of Senator Kashim Shettima in Abuja on June 30, 2021, when Abba Kyari paid an empathy visit to Shettima following the mischievous circulation of rumours that the Senator had died in the UK.

“Kyari himself had shared the same video on his verified Facebook wall on June 30, shortly after he visited Shettima.

” Kyari who hails from Borno State and in Shettima’s constituency visited the former Governor to wish him well like many others had visited the Senator during the time,” he said.

Gusau released a video of some sympathizers who had also visited the Senator the same period, which showed the senator receiving them in his house, the same place being described as Abba Kyari’s house. 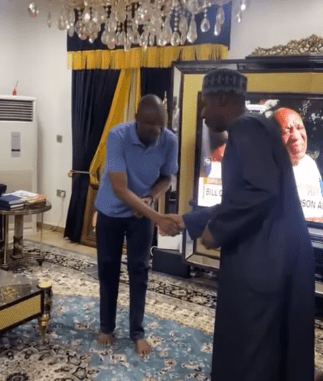 Gusau also pointed observers to take note of the TV behind Zulum and Abba Kyari with a CNN breaking news on the release of American Comedian actor, Bill Cosby, which, as can be verified by anyone online, happened on June 30, 2021.