The year 2022 has been a remarkable year so far for as far sport is concerned for our women. While their male counterparts have had a disappointing 2022 so far, the women have been pulling their weights in different competitions.

The recent successes of our women in Athletics and football are laudable, giving the Nation things to cherish at a time the country isn’t in a good state economically. Out of many Nigerian sports women doing well in their respectives teams, there are five of them who have been very outstanding and have made the countries proud.

D’Tigress captain, Adaora Nnenna Elonu is one of the many ladies making Nigeria proud both within and outside the continent.

The superstar won the Copa de la Reina 2022, making it 5 times she has won the Queen’s Cup of Basketball – an annual cup competition for Spanish women’s basketball teams. She currently plays as a forward for Spanish team, CB Avenida.

The Texas born Nigerian American is currently the Afrobasket ball MVP. The AfroBasket Women (formerly FIBA Africa Championship for Women) is the women’s basketball continental championship of Africa, played biennially under the auspices of FIBA, the world governing body for basketball. 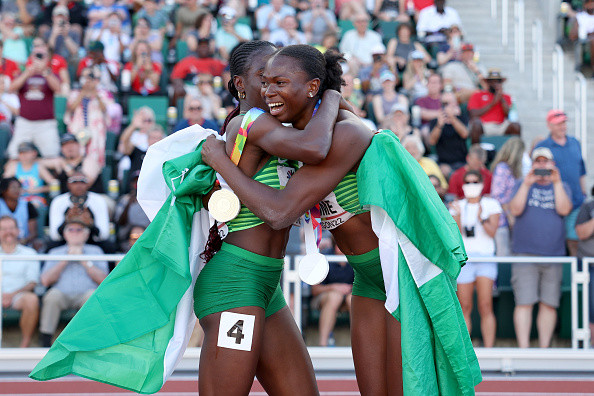 Another lady making the country’s flag high at the ongoing World Athletics Championships Oregon, USA is 25 years old Long Jump queen, Ese Brume. She produced her biggest jump of the year to win the silver medal, becoming the first Nigerian athlete to win medals at two World Athletics Championships. The silver medal won at this tournament, is an upgrade to the bronze she won in Doha in 2019.

Thumbs Up to Ese Brume ! 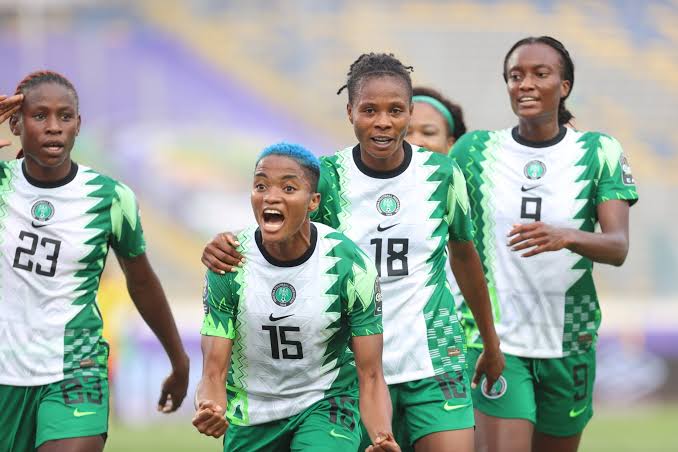 She scored against South Africa, Burundi and Cameroon in the tournament. The goal by the Atletico Madrid forward against Cameroon gave the Super Falcons a ticket to the 2023 FIFA Women’s World Cup in New Zealand and Australia next year.

The 22 year old has a degree in Accounting and a second degree in Sports Psychology. The future is incredibly great for Rasheedat Ajibade. 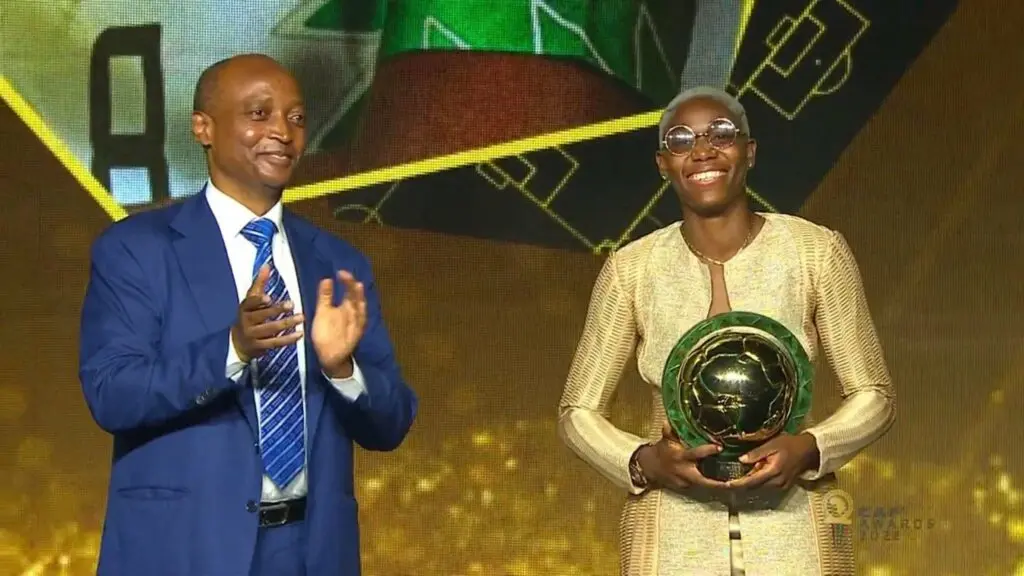 Nigerian best foreign export, Asisat Oshoala made the country proud as she won the CAF Award for the best woman in the continent on Thursday July 21st 2022.

Oshoala made history that night as she became the first African player to win five CAF player of the year awards. The Barcelona star beat Cameroon’s Ajara Nchout Njoya and Zambia’s Grace Chanda to claim her fifth award. Before Thursday night, Oshoala had also won the award in 2014, 2016, 2017 and 2019.

She had a superb season in the Women Spanish division last season where she ended as the league’s top scorer. She played in 19 matches and scored 20 Goals in the 2021/2022 season of Primera Division Women in Spain. 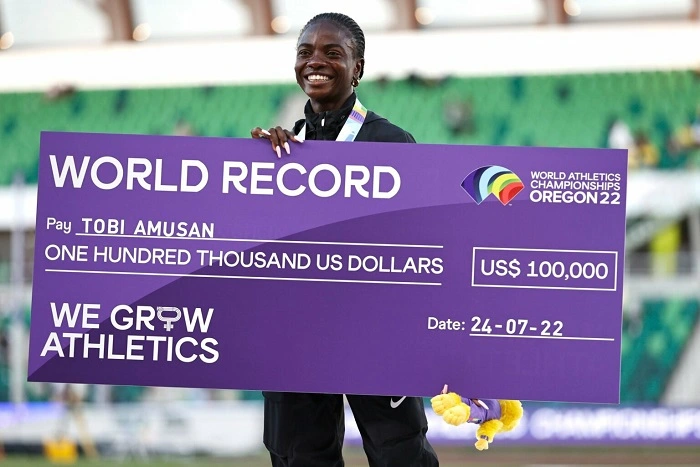 African Champion, Commonwealth champion, World recorder holder and World Champion were the words that describe the incredible feat of Nigerian female athlete, Oluwatobi Amusan who on Monday, 25th July 2022 made the world stand still to honour the National Anthem of our great Nation.

The 25 year old Nigerian broke her own record, set in the semifinals during the World Athletics Championship in Oregon, USA to win the women’s 100M hurdles as the best in the world. This made her the First African to achieve such a feat.

Year 2022 still has about five months to go but we can say for now that Tobi Amusan is our Sportswoman of the year.