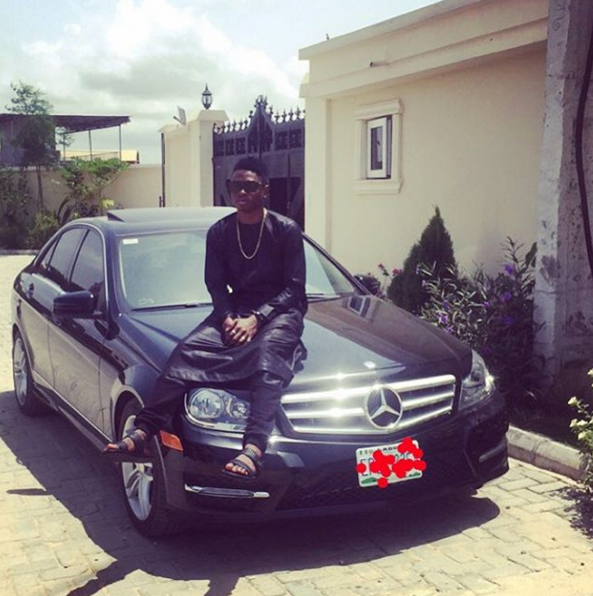 Today March 17, 2016 is the birthday of YBNL signee, Lil Kesh, and lots of birthday encomiums have been pouring in from fans and loved ones.

The singer who has set things in motion as he has just released his album which has been making headlines recently, has just gotten himself a new whip.

Lil Kesh has just acquired a new Mercedes Benz as he thanked God for sparing his life and making him who he is today with another opportunity to life with his new age.

#YAGI for you guys and this for me. Gift to myself ?. Thanks you lord for the ride??. New age new whip #MrMeYagi

This will be the singer’s second car after he bought himself a Rang rover Sport Early 2015.