‘I cancelled £6,000 wedding to my dream man with just a month to go because a Psychic told me to’ – Lady reveals 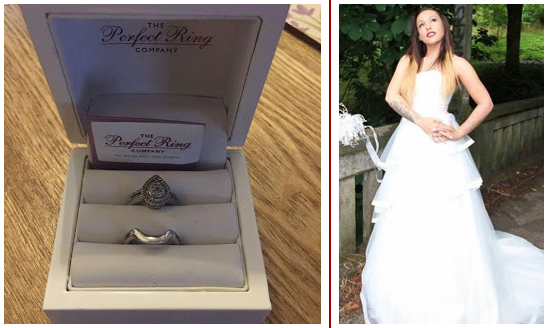 A woman known as Lisa Manso has revealed that she ended her dream wedding to her childhood sweetheart Michael after a psychic told her to, despite spending over £6000 planning for the wedding.

According to Lisa, she didn’t catch Michael cheating prior to the wedding or find out a nasty habit about him, just that she had to obey the psychic despite how hard it was for her to do so at the time.

The 28-year-old said to Mirror UK: “When she told me I shouldn’t get married my jaw dropped. I was stunned. I hadn’t said a word about the wedding.

“But she said fate had other plans for me – that my wedding was supposed to come later without all the frills. She envisaged it as small and intimate not the big bash I’d planned.

“I could have laughed it off, probably most would have, but something told me to believe her.

“Although it was really tough for me and Michael I’m now the happiest I’ve been in a long time. It was definitely the right call.” 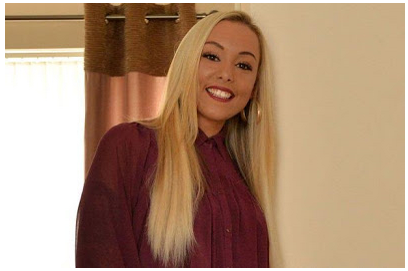 According to Lisa it was hard at first to obey the words of a total stranger and dump Michael who she had known since she was 13.

“He was a friend of the family, my first love. We were together for six months back then.

“Our families liked to go caravanning to Wales and Blackpool. It was a teenage love, very innocent.”

Lisa remembers: “We were in bed when he told me he wanted me to be with him for ever. He said ‘I want to marry you’. I felt like I had been winded! I said ‘Yes’. I was so happy.”

The bride-to-be quickly began planning. The date was set for September 2013.
“I wanted it to be a huge celebration.

“I booked a five-star hotel then went dress shopping and picked a beautiful white gown with a bow on the side and layers of silk and chiffon.”

By the time they had finished planning, they had spent £6,000 including £800 on the dress alone, but despite the wedding plans Lisa said she felt something was missing in her life and then she went to sought out a psychic.

She says: “It wasn’t that I didn’t want to marry Michael.’

“We’d been arguing a bit. But I’d just put that down to wedding planning. It just felt like there should be more to life and I suddenly felt the need to see my future.”

Her friend recommended Yvonne Rae, a psychic she had used and Lisa arranged for a meeting.

“I didn’t tell anyone apart from my friend in case people thought I was mad!”

As Lisa knocked on the door of the psychic she took off her engagement ring so as not to give away hints about her life.

She recalls: “I hadn’t told her anything about me – that I was due to get married, nothing.

“I didn’t want to give her any hints.” When she sat in front of the tiny, elderly psychic she began to feel a bit fearful.

She remembers: “I was suddenly terrified of what she might say as she looked at my palm.

“She started off saying ‘I look into your eyes and you are destined for big things.

“All I can see is flashing cameras and you standing on red carpet’. I thought ‘Oh that’s so lovely’.

“But then she simply announced that the wedding wouldn’t go ahead. My jaw dropped! I was stunned.

“Mrs Rae must have seen the shock on my face because she told me it wasn’t a bad thing, that fate had other plans and that my real wedding, when it happened, would be small and intimate.”

She admits: “I went home unsettled and tried to put the reading out of my mind but I couldn’t.”

The more Lisa thought about what the psychic said, the more she started having second thoughts about marrying Michael.

“Everything was booked, the venue, the caterers. But I kind of just stopped talking about the wedding as if it wasn’t happening. It was only a few weeks away!

It took huge courage – but she decided to speak to her fiancé. She recalls: “I just said ‘I don’t think I can do this’.

“Michael was heartbroken. He told me I was ‘the one’ and begged me to reconsider.

“So in the end we agreed to push the wedding back to the following Valentine’s Day. It gave me some breathing space.”

She says: “I explained things weren’t working out between us.

“I wasn’t happy and a wedding wasn’t going to fix us. Michael was devastated but understood, al­­­though I didn’t mention the psychic.

“It was the right decision. Michael is a really great bloke, just not the one for me.” Since she made her decision Lisa hasn’t looked back.

She even trashed her treasured wedding dress on a modelling shoot last year as her career developed.

She laughs: “It was gathering dust in my wardrobe so I told the photographer I could bring it along to the shoot and he thought it was a good idea.

Lisa is now with another man, Paul Lane, 50, a London film director.

This is the happiest I’ve been in a long time and I really believe that he might be the man Mrs Rae saw me settling down with. But we’ll just have to wait and see.

“I’m not rushing to marry again!”

5 Super-Easy Ways to Spice Up Your Classic Red Lip

5 Best Techniques For Men To Get Rid Of Body Hair