11 Deaths That Could’ve Been Avoided With Common Sense 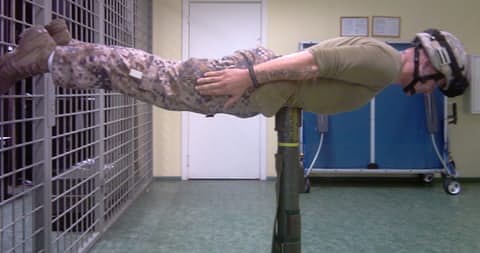 Oh if only common sense were really all that common… this article wouldn’t exist. Surely many people have heard of the Darwin Awards: unfortunate awards granted to those who died in the most possibly ridiculous ways imaginable. Effectively, the Darwin Awards are meant to warn people against contaminating the gene pool with the stupid gene.

Which brings one back to the initial point. If common sense were all that common, this issue… simply would not be an issue. But some people seem to feel inclined towards stupidity. One wonders what drives one to such actions. Is it a simple tainting of the gene pool as the Darwin Awards may like to suggest, whilst they report on the whimsical weeding out of the poor genes? Or is it a deeper issue that stems not from genetic information, but from incredible mis-education?

One is inclined to think that it is an unhealthy mix of the two. Unfortunately it is probably unlikely that an adult might take a random swig of gasoline, or wiper fluid without having something wrong with both his/her genetics and education. Surely they’d have learned that both are wrong to drink, so must it then not be some sort of genetic defect that drives people to stupidity in spite of their minimal education? Either way, here are some exceptional demises due to lacking common sense… if it can be considered that common. 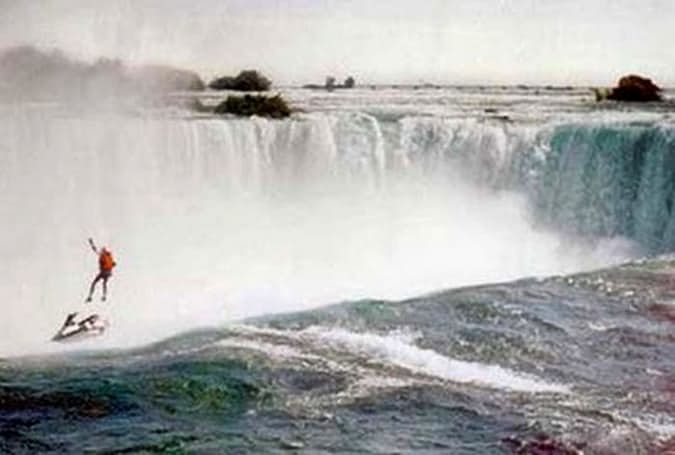 Given the ultimate severity of the outcomes of these events— death— each person involved in the cases will be referred to by their first names only, out of some degree of respect to them and their families. That being said, Robert, a daredevil of sorts, decided one day that it would be a good idea to take a jet ski, and jump off the top of Niagara Falls. Now Robert fixed his jet ski with a rocket booster in order to propel himself beyond the spray of the falls, and strapped a parachute to his back… so naturally he was more than equipped to deal with the 57m (187ft) drop.

Unfortunately, skipping lightly over what is sometimes referred to as common sense, Robert neglected to consider that ignitions are hard to achieve when the accelerants involved are wet. So, when he steadfastly rode his jet ski towards the brink, and hit the ignition for his booster… it failed to fire, and he went right over the falls. In an attempt to save himself from his failed endeavour, he made to deploy his parachute… but given that is wasn’t waterproofed either, it failed as well. So he plummeted to his death at the bottom of the falls, for a number of reasons. 1) He failed to consider waterproofing. 2) He failed to consider the effects of water on jet ski, and jet ski on body after a 57m drop. 3) He failed to consider how stupid it was to think of shooting Niagara Falls (especially since an estimated 5000 people have already died going over them).