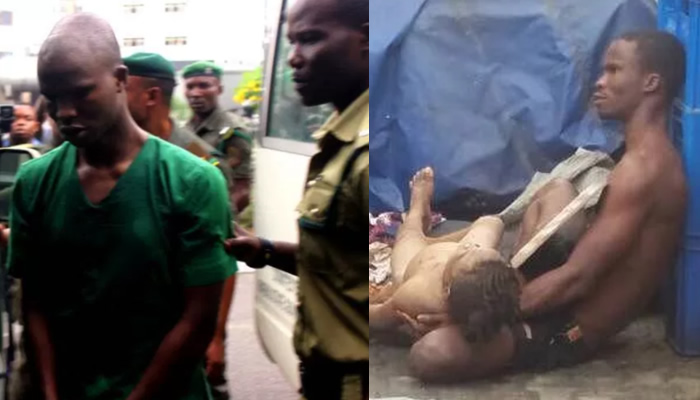 The trial of suspected ritualist, Ifeanyi Dike, at the Rivers State High Court in Port Harcourt, the state capital, was yesterday January 12th, stalled after Ifeanyi collapsed during the trial.

There was a mild drama at the Rivers State High Court on Thursday as the suspected ritual killer, Ifeanyi Dike, who was arraigned for the alleged murder of an eight-year-old girl, Chikamso Favour, slumped inside the courtroom.

Dike, who allegedly severed the vital organs of the girl after raping and killing her, was said to have collapsed after his charge was read to him.

The suspect had escaped from the State Criminal Investigation Department in Port Harcourt before he was later rearrested in Jos, Plateau State.

The accused person was said to have shouted immediately after the clerk of the court finished reading the charges bordering on rape and murder.

After the incident, the court had without delay entered a plea of not guilty for the suspect, while the second and third suspects that were arraigned along with him also pleaded not guilty.

Dike’s counsel, Lizinna Ameegua, however, urged the court to order that a mental examination is carried out on him to ascertain his mental status.

Justice Enebeli thereafter adjourned the matter till January 16, 26 and 29, 2018 for definite hearing, adding that the case would be heard on a day to day basis.

Earlier, counsel for Dike, Ameegua, raised an objection to the trial on the ground that the information filed by the prosecution was incomplete.

Ameegua prayed the court to discharge the first accused person (Dike), but the court dismissed the prayer.

Speaking with journalists shortly after the court session, Rivers State Attorney General and Commissioner of Justice, Emmanuel Aguma (SAN), said he expected the case to be heard expeditiously.

I am alive and well — Shiite leader, El-Zakzaky speaks from DSS custody

We work for politicians, we used over 40 AK47 for Omoku massacre — Don Waney gang member confess