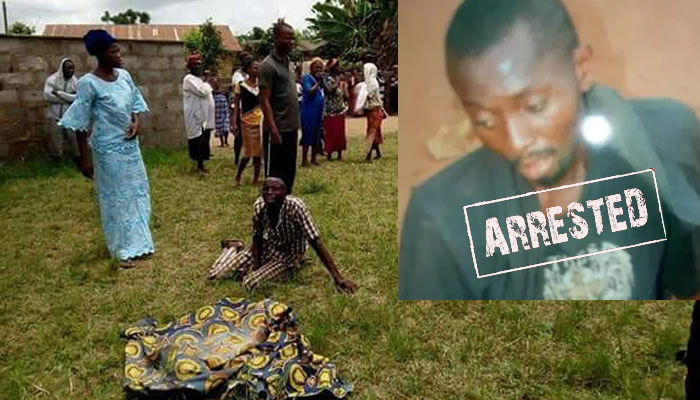 Police has arrested the mentally deranged man who hacked two pupils to death in Ogun.

The victims, Mubarak Kalesowo and Sunday Obituyi died instantly following the deep machete cuts they sustained from the attack.

A statement released by the spokesperson of the state police command, Abimbola Oyeyemi, says the suspect, Lekan Adebisi, was apprehended today in a bush at Area J4 in Ijebu East Local Government Area of the state through the combined efforts of policemen and local hunters. Adebisi was shot in the leg while attempting to escape.

He has been taken to the state police heardquarters.

I’ll take any risk to leave Nigeria, says Man who tried to enter Ship via propeller