According to reports, Adebisi attacked and killed Mubarak Kalesowo and Sunday Obituyi on the school premises on Monday.

Both pupils were said to be on lunch break when the suspect struck.

The suspected murderer was eventually apprehended on Wednesday in the bush through the combined efforts of a team of policemen assigned to the Ogbere Area Command led by Makinde Kayode, an Assistant Commissioner of Police, and some local hunters.

Parading the suspect on Thursday, th e state Commissioner of Police, Ahmed Iliyasu, who condemned the heinous crime, said Adebisi would be charged to court soon.

When interviewed by some journalists, Adebisi’s response was incoherent and he often switched from the English language to Yoruba.

The following exchange took place between the suspect and the interviewers:

Are you married or single?

I am not married. I don’t have a girlfriend.

What do you do for a living?

I used to organise private lessons for children and charge N20 per child.

I did not eat for two weeks and I went out to beg other people for money. Nobody gave me money. When I had money, I took care of family members, friends and even outsiders.

You haven’t answered the question. Why did you kill the pupils?

It was due to frustration. When hunger gripped me and it became unbearable, I thought of my life and concluded that it was a bad life. Then I grabbed a machete. I was prepared to face the consequence.”

The two pupils who were brutally hacked to death by mentally deranged man, laid to rest in Ogun.

The two pupils of St.John’s Anglican primary school, Agodo in Ogun State, who were gruesomely murdered by a amentally deranged man, have been laid to rest. 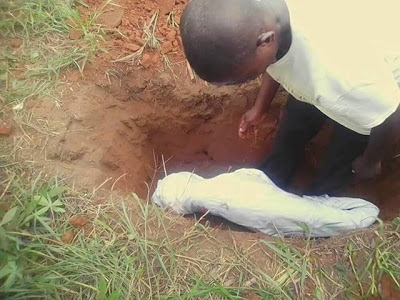 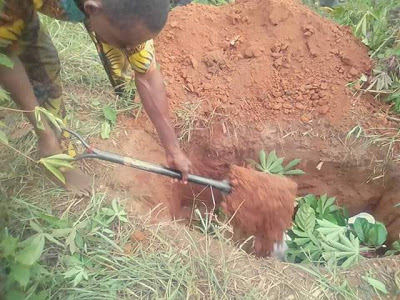 The suspect, Lekan Adebisi was apprehended yesterday,  in a bush at Area J4 in Ijebu East Local Government Area of the state through the combined efforts o policemen and local hunters.

May their souls rest in peace.