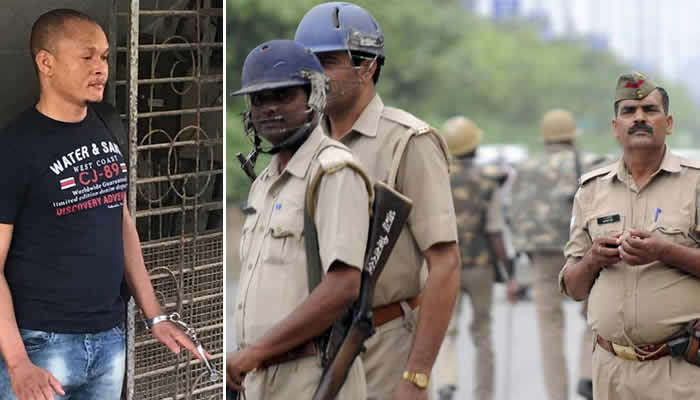 The Bangalore unit of the Narcotics Control Bureau (NCB) has arrested a 41-year-old Nigerian national who is believed to be the head of the supply chain of illegal drugs in India.

The accused, John Somadina was arrested last week on the basis of a tip off from the Ahmedabad bureau. He has been handed over the Ahmedabad NCB.

It was gathered that Somadina, was a pan-India supplier of illegal drugs such as cocaine, heroin, amphetamine, etc.

He coordinated with the drug cartel that was involved in smuggling illegal drugs from South America and Africa into the country.

The modus operandi of the criminal was to illegally bring Illegal drugs into the country and then to the smaller cities such as Ahmedabad, Baroda, etc.

His carriers will then supply the illegal drugs in small quantities to bigger cities such as Mumbai, Delhi, Hyderabad, Kolkata and Bangalore, among others.

“Most of the people who act as carriers in this crime are citizens of Nigeria, Kenya, Venezuela, Vietnam, Columbia and Brazil. And they are mostly drug addicts themselves. There also appointed several people from the North East as carriers. At least 12 of the carriers were apprehended by the NCB from different cities. The carriers would work for them for free supply of drugs,” shared Hari Om Gandhi, Zonal Director, NCB.

Investigation revealed that Somadina was involved in at least 12 cases of illegal drug supply and smuggling.

Investigators said he was also in touch with the international drug cartels in South America, which made it easier to smuggle illegal drugs into the country with the help of carriers.

It was also suspected that he was running a country-wide racket in 2014. The Ahmedabad NCB has been granted three-day judicial custody of the accused.