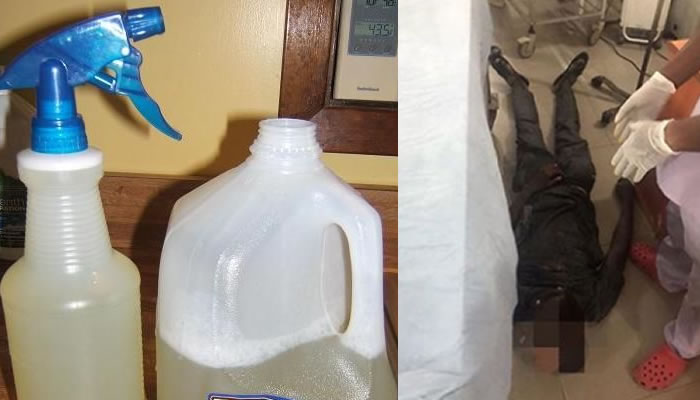 The man had reportedly attended a wedding in Aguda, Surulere, where he drank a bit too much. He then proceeded to a Chinese restaurant on Adeniran Ogunsanya street, Surulere, to hang out with friends.

While there, he ordered a bottle of water. But prior to that, a staff of the restaurant had forgotten a plastic water bottle that contained insecticide on the table. The tipsy man mistakenly drank the insecticide thinking it was the water he ordered and it began affecting him moments later.

His friends attended to him when he began acting up and he opened up to them that he drank something thinking it was water. He was rushed to a hospital in the area where he eventually died.

The matter was later reported at the Bode Thomas police station, Surulere and the manager of the restaurant was arrested and is currently being detained at the station.