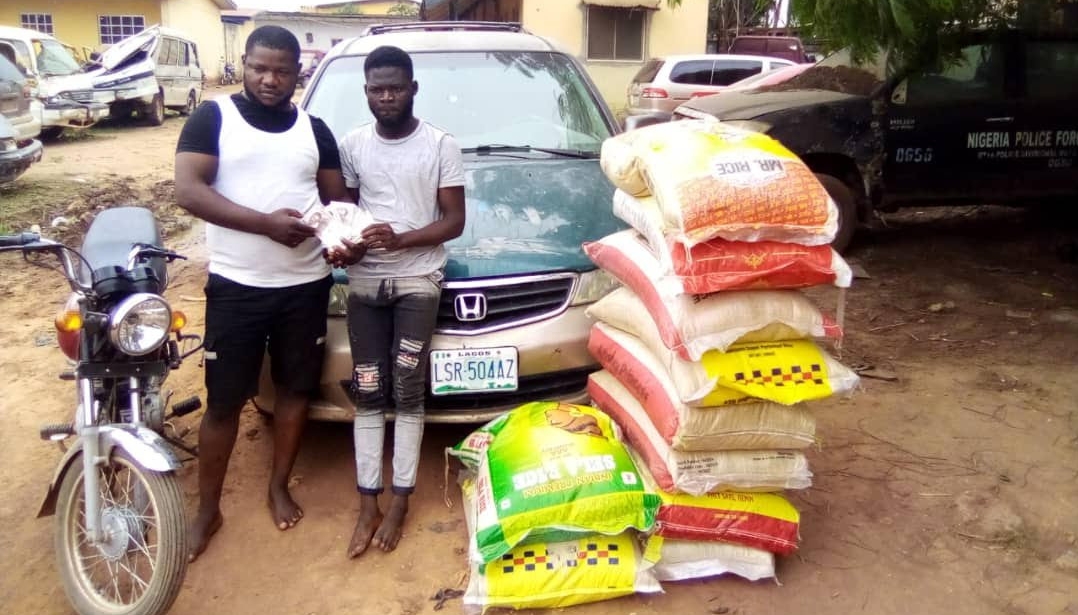 They rushed out of my shop after paying the sum of N29,000 in one-thousand-naira denomination for two bags of rice. I only discovered the money was fake while counting it, he said.

The Police Public Relations Officer of Ogun state, Muyiwa Adejobi confirmed the arrest of the two brothers and revealed that they recovered N78,000 in fake currrencies.

“Upon getting the information, the DPO Sango Ota Division, CSP Godwin Idehai, who was on routine patrol of the area with his men hotly chased the suspects and got them arrested in an Honda Odyssey car with registration number LSR 504 AZ.

Adejobi added that they will be charged to court after investigation has been concluded.