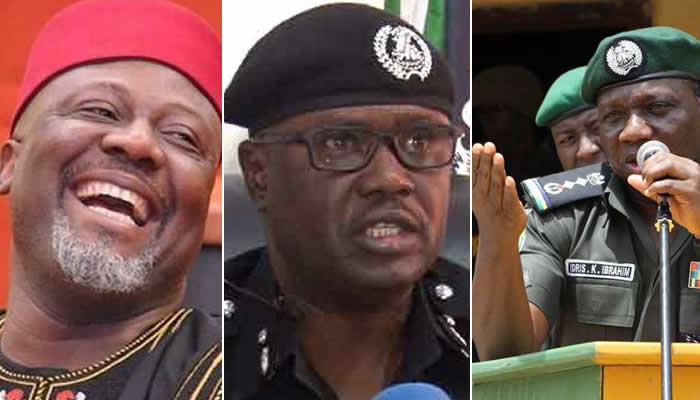 The Inspector General of Police, Ibrahim Idris, has ordered the immediate removal of the Commissioner of Police in Kogi State, Ali Janga.

The Police in a statemet signed by ACP Jimoh Moshood, the Force Public Relations Officer Force headquarters on Wednesday said the Inspector General of Police, IGP Ibrahim was dissatisfied with the circumstances surrounding the escape of six (6) suspects including two (2) Principal Suspects (KABIRU SEIDU A.K.A OSAMA, NUHU SALISU A.K.A SMALL) who indicted Senator Dino Melaye and Mohammed Audu in a case of Conspiracy and Unlawful possession of Prohibited Firearm already filed at the Federal High Court, Lokoja which came up in court today (Wednesday).

The commissioner identified Aliyu Isa , Adams Suleiman, Emmanuel Audu and Musa Mohammed as four other suspects that escaped from custody.

He said that 13 policemen comprising five operatives of Special Anti-Robbery Squad (SARS) and eight conventional policemen on duty when the incident happened had been detained for interrogation.

#EndSARS: Falana warn Buhari’s govt over use of Army against…

“ The 13 police officers who were on duty when the incident occurred were defaulted and detained for interrogation,” he said.

Janga also stated that the names of the six fleeing suspects and that of Dino Melaye and Mohammed Audu had been sent for watch listing by the Interpol for immediate arrest anywhere they are found.