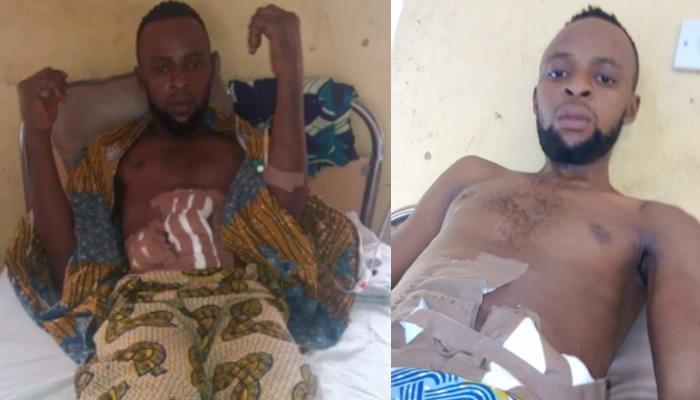 A mistake made by a doctor in Imo state has worsened the condition of a bike accident survivor, leaving him with excreta coming out of his stomach.

Danlynton Remedy was involved in a motorcycle accident and it left him with injuries on his stomach. He was taken to a hospital in Okigwe, Imo state, for treatment, but according to reports, a doctor mistakenly cut his small intestine during the surgery and that caused feces to run out of his stomach.

He was later referred to the Federal Medical Center FMC in Umuahia, Abia state, for better medical attention and further surgery. At the moment, Remedy has two bags sticking out of him, one for blood and the other for urine.

He is believed to be on the road to recovery and even shared a post from his sick bed yesterday.