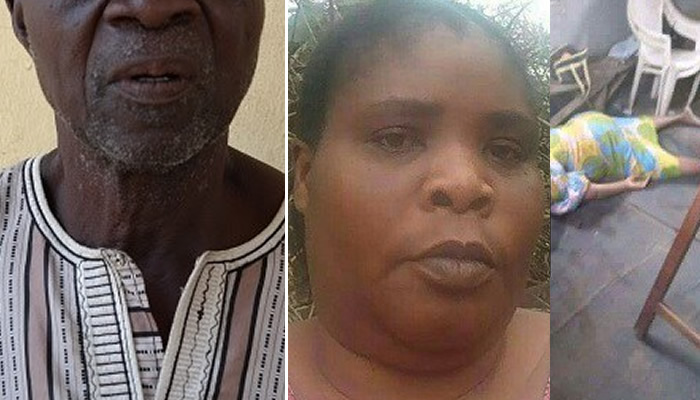 Offa Robbery: I am burying my daughter at my old age, 72-yr old man laments in anguish

Over N50 million was said to have been carted away from five banks by the robbers. On arrival in the town, the hoodlums, according to reports, divided themselves into groups and simultaneously attacked the banks and nearby police station, causing the banks’ customers and residents to run helter-skelter. Police confirmed 17 people, including nine policemen, dead although early reports put casualty figure around 30.

James Oyeyemi, the father of Police Inspector Grace Makinde, who died after she was shot when the robbers stormed the Owode police station, was mourning when newsmen spoke to him on phone after burying his daughter on Wednesday..

He said “I retired as police inspector in 1998 and I am almost 72 years. I am from Irepodun Local Government Area of Kwara State. It is unthinkable that I am burying my daughter with deep mourning when she should be the one burying me at old age with fanfare”, Oyeyemi said. “I am so sad. It is not good to talk about the security situation in Nigeria because it is too bad.

If there was adequate security, how will armed robbers come to a police station and attack policemen?”

Speaking with newsmen at the General Hospital, Ilorin, one of the survivors, Orelope Orilonise, narrated how a bullet from the robbers hit his brother, Salawu, right in his presence. He said he and his sibling were lucky to be alive.

He said he and his sibling were lucky to be alive. According to him, they were on an outing and passing through Owode area of Offa when the robbers attacked by firing indiscriminately and pandemonium ensued, forcing passersby to run for their lives.

“We too ran and it was in the process that a bullet hit my brother and he fell. When I saw him in the pool of his own blood, I burst into tears because I thought he was dead. But thank God he is alive though with serious injuries”.

He however expressed fear of another attack since there had been similar attacks in Offa in the past. “This is the fourth time such a robbery incident will happen in Offa which really shows that we are not secure.

What shocked many was that the robbery incident was on for over two hours without intervention from security forces”.